Zikalala warns against ‘self-nomination’ in run-up to ANC conference 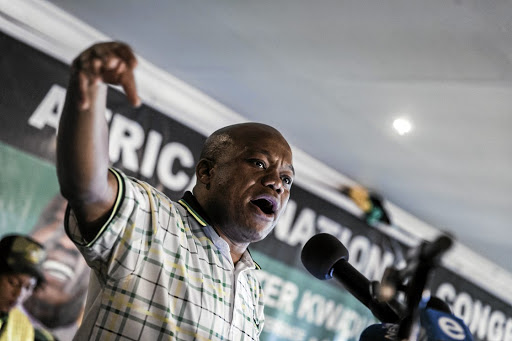 ANC KwaZulu-Natal chair Sihle Zikalala has warned party leaders against stretching debates to the point of creating divisions as time ticks towards the regional and provincial conferences.

Zikalala was addressing party leaders on Monday during the closing of a two-day provincial executive committee (PEC) lekgotla in Durban.

“While we will allow democratic debates about leadership going to regional and provincial conferences, we should avoid stretching debates to a point of creating divisions. All our discussions agreed that we must ensure that conferences of the ANC are not more important than serving people and restoring the ANC support towards winning the 2024 elections,” Zikalala said.

He added that as the party goes to its national conference later in 2022, members should avoid embarking on discussions before the ANC national executive committee (NEC) opens the leadership discussion.

“We must equally resist the NEC members who go around drawing leadership issues towards the national conference. We should resist those who pursue individual campaigns, telling us to elect them, the culture of self-nomination must be engaged as it is an antithesis of the traditions of the movement,” he said.

Leaders do not nominate themselves but are identified by party structures, Zikalala said. He asked members to “defeat the tendency of national leaders who go around provinces choosing who must be elected to lead them”.

“This is wrong and foreign to the culture of open leadership debates and contestation. In essence, these national leaders are dividing provinces but are doing so to pick people who will listen to them,” Zikalala said.

Instead, he called on members to return to branches and rebuild them, making sure that through them, the ANC maintains its roots and links with the day-to-day struggles of communities.

“Let us work for the ANC’s victory at the 2024 elections, starting today,” Zikalala said.

In the party’s current state, he said, the project of renewal must be the full recognition that the ANC needs to reassert its revolutionary character and set itself apart from parties driving a neoliberal agenda or pursuing black chauvinism or populist, narrow nationalism.

Reasserting the character of the ANC, according to Zikalala, means the ANC must unapologetically advance the interests of the motive forces of the revolution.

“We look to you as revolutionary cadres to unite the ANC, fight factionalism and restore the revolutionary character of the ANC so that the ANC can again resonate with the cries and aspirations of the motive forces of change,” he said.

Police minister Bheki Cele’s visit to the region follows the gunning down of political leaders, as well as a spate of mass shootings since the start ...
National
3 months ago

Helen Zille says it is ‘entirely disingenuous’ to claim that the DA asked ActionSA to approach the EFF to bring it into any form of agreement to ...
National
3 months ago
Next Article

Why Ramaphosa’s credibility is about to be tested

Why Ramaphosa’s credibility is about to be tested