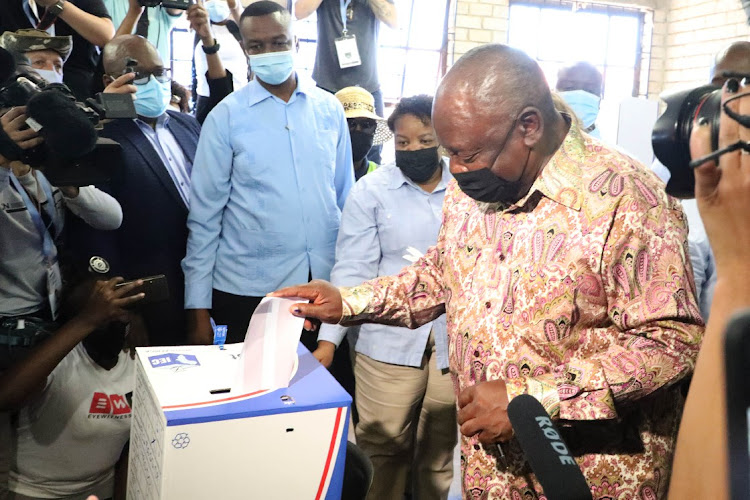 “I went on my usual walk this morning and a number of people I met in the streets were saying they are on their way to vote ... there is a great deal of excitement.”

President Cyril Ramaphosa says his vote is a secret. "The mayor has updated me about what's happening in Soweto and these issues have been attended to." That's a wrap. @SundayTimesZA @TimesLIVE pic.twitter.com/cMSsf63otI

Political leaders, including President Cyril Ramaphosa, visited polling stations across the country to cast their votes in this year’s highly contested local government elections. Some leaders, including the president, were in attendance with their spouses.

GOOD leader Patricia de Lille stood in pouring rain for about 20 minutes to cast her vote at Pinelands Primary School in Cape Town on Monday.

“I’m feeling good this morning. Come rain or sunshine, we have to do our civic duty and get out to vote,” she said. “We knew a week ago that it was going to rain today so we had to make the necessary preparations.” 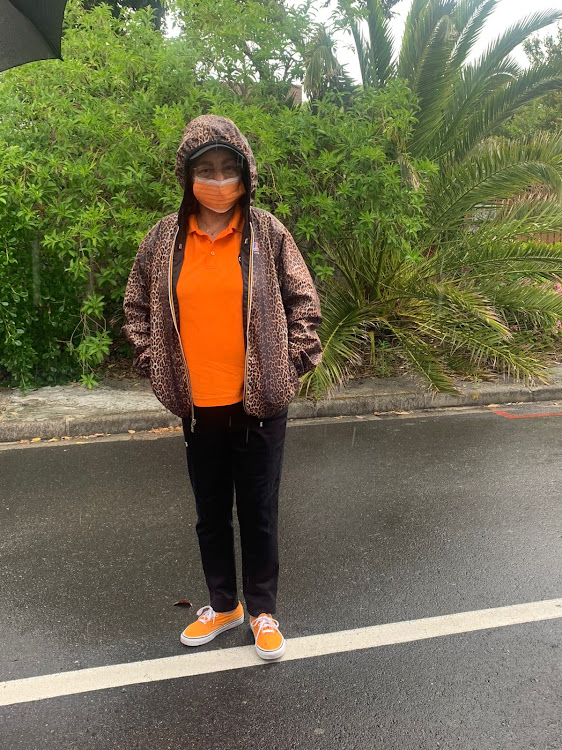 Leader of the GOOD party, Patricia de Lille, braving the rain to cast her vote in Pinelands on Monday morning. Picture: ANDISIWE MAKINANA

‘The situation in the ANC is going to improve’: Mabuza casts his vote

“I voted the ANC, I will die in the ANC,” Deputy President David Mabuza said after casting his vote in Barberton, Mpumalanga, on Monday. He voted at Ajuri Farm, down the road from his home. He had been voting in this station for years.

“I voted the ANC. It’s my blood. No matter the difficulties I’m prepared to die within this movement,” Mabuza said.

According to Mabuza the ability to exercise the right to vote was an achievement that must not be taken for granted. “It’s always nice to vote given the process where we come from. It’s a good feeling to vote, it’s an achievement the country has made. Our democracy is maturing and it feels good to be in a democratic environment,” he said.

Mabuza’s hometown, especially the town of Barberton, has been gripped by political infighting. He said he believes the issues in the area will soon be resolved.

“The situation in the ANC is going to improve, all the disputes that were there before as we were campaigning for this day, I think we have explained to the voters that we are going to deal with all these disputes immediately.” — Kgothatso Madisa 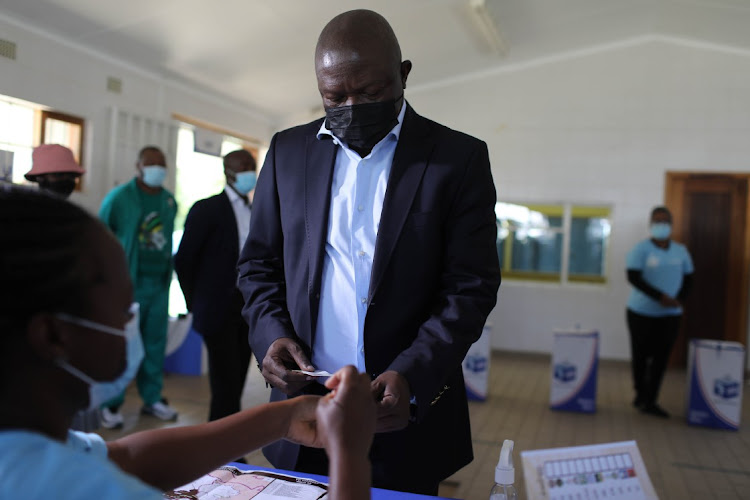 DA federal leader John Steenhuisen was accompanied by a cheerleading duo of his daughters, who were sporting DA T-shirts when they arrived at Northwood Boys’ High School in Durban North promptly at 9am. The girls, Ashleigh and Caroline, who are too young to vote, waited patiently for their dad while he went into the polling booth. Afterwards they posed for a few pictures with him — but not before they donned sweaters over their T-shirts. 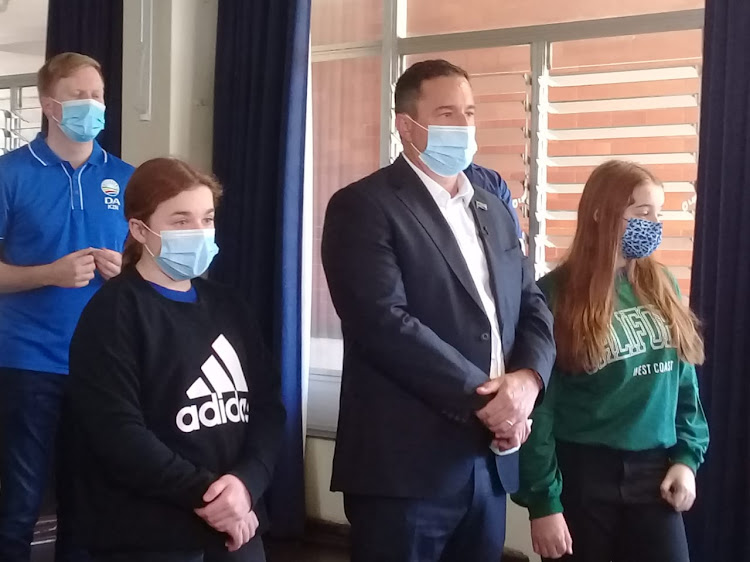 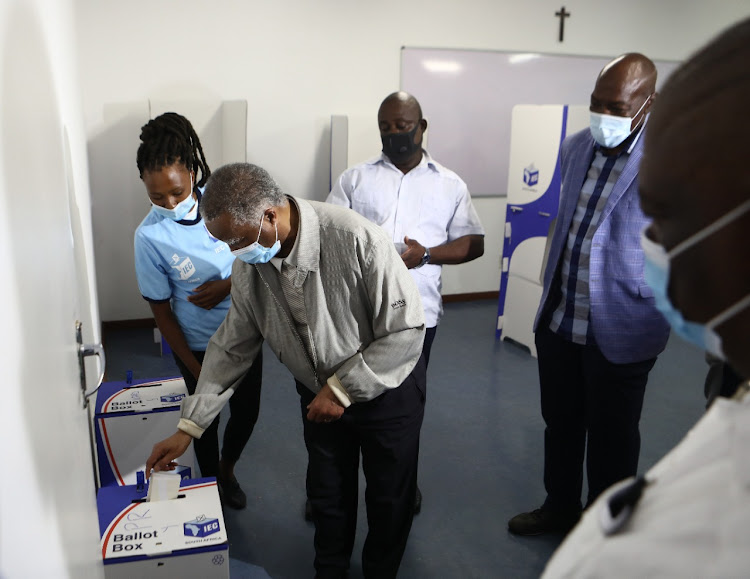 ActionSA leader Herman Mashaba was elated to cast his vote at the Sandton fire station in  Gauteng on Monday, despite long queues and sweltering hot weather.

He was accompanied by the party’s leadership, who all said victory was certain. The party is hoping for an outright win in the highly contested Johannesburg metro “to bring about real change”. 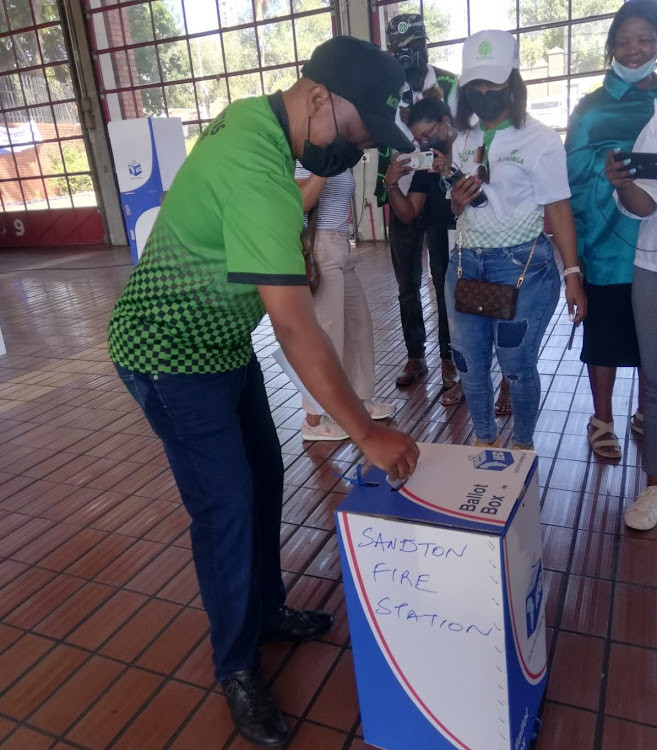 This story has been updated with additional information.