Join the Business Day Dialogues, in partnership with the Konrad Adenauer Stiftung, on October 14 for this discussion

Voter apathy in SA is at an all-time high and voter registration at an all-time low. The departed elders of the apartheid struggle would surely be disillusioned to see the sacrifices required of millions in fighting (and dying) for the right to vote in a democratic SA being forgotten.

What defines the health of a nation? Is it the size of the GDP or the Gini coefficient? The level of unemployment, of education, or the value of the minimum wage? Homelessness, crime statistics, gender-based violence, female enablement, minority empowerment or religious tolerance? While these are all strong indicators, nothing is more telling about the national morale than the enthusiasm with which people embrace the privilege of voting in democratic elections.

If that is the case, South Africans have — after 27 years of an ANC government — never been more disengaged and apathetic towards what should be considered the single most important obligation of every SA citizen: to cast a ballot.

The MidPoint Paper, published by the Konrad Adenauer Stiftung, provides an in-depth analysis of the SA non-voter.

“Worldwide, voter turnout started to decline in the early 1990s from a global average of 76% of registered voters to 66% by 2015, despite an increase in the global voter population and the spread of electoral democracy,” the paper states.

In SA, the proportion of registered voters who have turned up to cast their ballots has steadily declined from 86% in 1994 to 49% in 2019.

Voter turnout is regarded as a crucial indicator of the vitality and health of a democracy, yet more than 13-million South Africans who are eligible to vote haven’t registered for the November 1 polls. 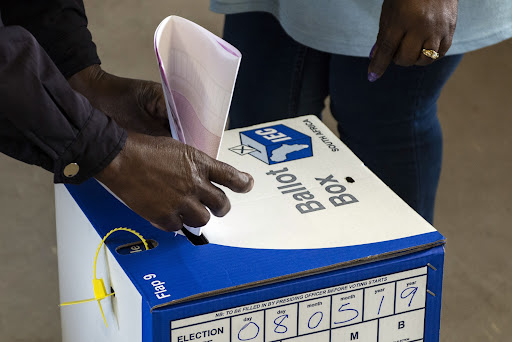 Join the Business Day Dialogues, in partnership with the Konrad Adenauer Stiftung, on October 14 for a discussion on encouraging voters to take part in the polls. Picture: BLOOMBERG/WALDO SWIEGERS

Join the Business Day Dialogues LIVE, in association with the Konrad Adenauer Stiftung, where leaders will debate the issues that are responsible for disengagement, and seek solutions to motivate and activate the responsibility felt for selecting the leaders this country needs.

The discussion will be moderated by political analyst Nompumelelo Runji, CEO of Critical ThinkAR.

SA’s municipalities are at the coalface of service delivery, and a nexus of corruption. This is nothing new — but the stakes are particularly high ...
Features
10 months ago

About 1-million people are set to cast their ballot before November 1, 300,000 more than at the 2019 general election
Politics
10 months ago

An election is about reflecting deeply on the previous five years and addressing the problems facing our country, but the many party manifestos don’t ...
Opinion
10 months ago

This form of government at municipal level is vulnerable to falling apart, to the detriment of citizens
Opinion
10 months ago
Next Article