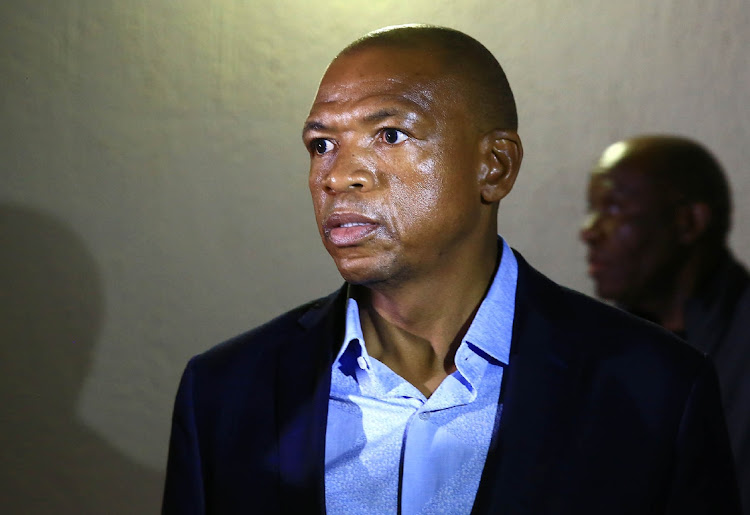 Former North West ANC provincial chair Supra Mahumapelo will be forced to  step down as chair of parliament’s portfolio committee on tourism after he was found guilty of sowing divisions in the party.

A disciplinary committee of the ANC interim provincial committee (IPC) found Mahumapelo guilty and recommended that his membership of the party  be suspended for five years with immediate effect.

It also recommended that his name be removed from the list of ANC public representatives, meaning he was no longer considered an MP in the National Assembly.

The disciplinary committee, led by the ANC’s Wendy Matsemela, made the adverse findings against the former ANC provincial strongman along with his co-accused, acting provincial ANC Women’s League secretary Bitsa Lenkopane, after hearings which were conducted on Monday and Tuesday.

“After considering the aggravating factors as submitted by the presenter of evidence on behalf of the ANC the (disciplinary) committee concluded that both members be suspended from the ANC for a period of five years with immediate effect,” said Matsemela.

"(It also concluded) that both respondents be removed from the lists of public representatives of the ANC,” said Matsemela.

Mahumapelo and Lenkopane were hauled before the disciplinary committee after claims that they were running a  parallel ANC structure, and that they held a separate rally while an official  provincial ANC Siyanqoba rally was under way just a few metres away.

Mahumapelo was also accused of telling the mayor of JB Marks municipality, Kgotso Khumalo, to refuse to step aside despite an interim provincial committee recommendation that the mayor should do so.

Matsemela’s disciplinary committee has also recommended that Mahumapelo be subjected to a three-year mentorship programme on political leadership under the guidance of former president Thabo Mbeki during his suspension.

It also recommended that Lenkopane should be taken through a similar programme under ANC veteran Barbara Masekela “to assist her for a period of five years”.

Mahumapelo had not commented by the time of publication.

The presidential spokesperson, who is on special leave, says Jacob Khawe is distorting facts over her disciplinary inquiry
National
3 months ago