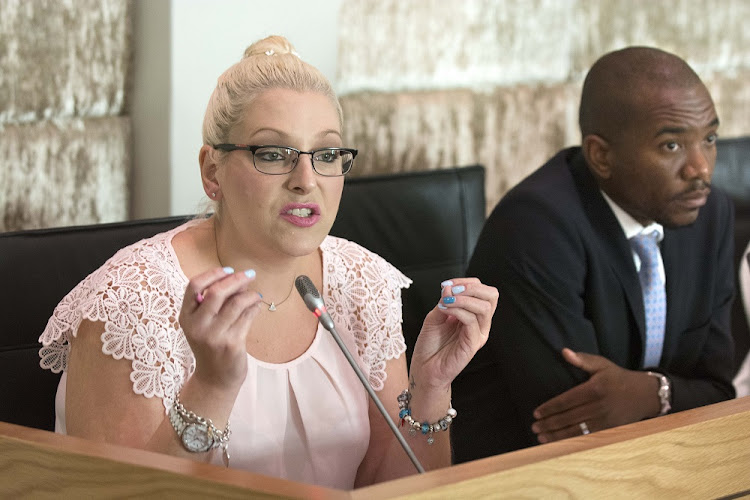 The DA confirmed on Thursday that veteran MP Natasha Mazzone has been appointed chief whip of the party.

“Having served with distinction as an MP for the past decade, Natasha brings an ideal balance of knowledge, grit and levelheadedness to this crucial position,” new DA parliamentary leader John Steenhuisen said.

Steenhuisen, who served as chief whip until last week’s dramatic resignation of Mmusi Maimane, took over the leadership of the party at the weekend after being nominated unopposed. The DA leader appoints the chief whip.

Maimane’s resignation plunged the party into chaos, with the former leader stating that despite his best efforts, “perhaps the DA is not the best vehicle to take forward the fight for one SA for all”.

“During her time as the DA’s shadow minister of public enterprises, Natasha worked tirelessly to strengthen our democracy by leading the charge against the pervasive corruption and maladministration in our state-owned enterprises (SOEs).

“I look forward to working alongside Natasha as we strive to build a stronger opposition that will vigorously hold the executive accountable, while offering real policy and legislative alternatives to get SA working again,” Steenhuisen said.

He said Jacques Julius will remain in his position as deputy chief whip.

The DA leader also announced the appointment of party spokesperson Solly Malatsi as his parliamentary counsellor.

“I am confident that this talented and diverse team has what it takes to spearhead our fight for the interests of all South Africans, and in particular those left behind by the failing ANC government.

“As the official opposition in parliament, we are ready to roll up our sleeves and hit the ground running as we strive to build a prosperous SA that works for all.

“The DA will fight for an enterprise economy that provides real opportunities, a world-class basic education system and a modern, non-racial society governed by the rule of law,” said Steenhuisen.

The DA has a cult of personality problem, and with Mmusi Maimane gone, the next personality to rule will ensure the party has the same problem
Opinion
1 year ago

Metros in the balance for DA

DA policies are to be repackaged and a new leadership elected to kick-start its 2021 local election campaign — but some observers don’t see the party ...
Features
1 year ago

STEVEN FRIEDMAN: DA revelations are the best thing to happen to opposition ...

STEVEN FRIEDMAN: DA revelations are the best thing to happen to opposition ...