Political analyst says ANC members are forced to voice their opinions outside of the party, as they are not being heard within it due to ‘mistrust’ 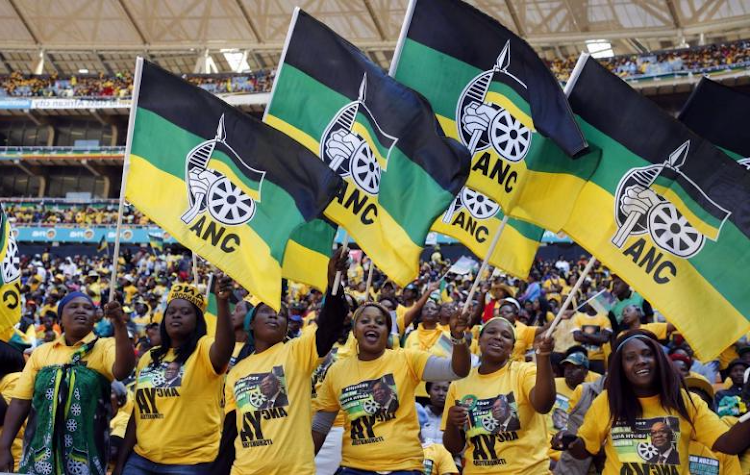 At the centre of the controversy are Mchunu’s comments on the party’s contentious succession battle. Mchunu was quoted by Eyewitness News (EWN) on Wednesday as saying he did not see why ANC deputy president Cyril Ramaphosa should not be next in line to lead the organisation. Mchunu was called "attention seeking" by the ANC for speaking about the succession saga.

"The fact of the matter is that ANC structures appear to have collapsed and this has forced members to speak outside because they are not heard inside, because there is a huge element of mistrust. This is where a consultative conference is more urgently needed as called by the veterans‚" said Khumalo.

However, Mchunu said he was not willing to nominate a candidate in the controversial succession battle. "Basically‚ I don’t talk names and I did not talk names to the people who interviewed me.

"All I said was when we say we are ready for a woman president‚ what then happens to the traditions and principles, for example, that a deputy president succeed the president to allow for smooth transition?" said Mchunu.

However‚ Mchunu‚ who was defeated by current chair Sihle Zikalala in one of the most bruising political battles in KwaZulu-Natal in November 2015‚ said his response to a question about a woman president in the succession battle was that the ANC had clear principles to guide the party on succession. He was quoted by EWN as saying: "Currently‚ there is a deputy president who is Cyril Ramaphosa‚ who is eligible."

However‚ KwaZulu-Natal ANC spokesman Mdumiseni Ntuli lambasted Mchunu, questioning his credentials and questioning on whose behalf he was speaking. "If you are a member of the organisation you just don’t speak anyhow. Who was he speaking as? He’s not veteran. Or is he a seasoned cadre? Which branch had mandated him to speak on ANC issues? He’s a man who displayed disrespect for the president and walked out when he was arriving in KwaDukuza‚" said Ntuli.

Mchunu who has kept a low profile since May last year‚ made a surprise appearance at the KwaZulu-Natal ANC 105th anniversary celebration in KwaDukuza on Sunday‚ but left after President Jacob Zuma’s unscheduled arrival. "I had a prior engagement and I had not planned to stay longer anyway‚" Mchunu said.

Zuma wants Nkosazana in his cabinet

Ntuli said perhaps Mchunu’s utterances were as a result of his failure to stay and listen to the president caution members about commenting on the succession debate. "The president even cautioned the [ANC] women’s league on their endorsement. [Mchunu] missed this important advice and left without listening. Even if the organisation has mistakes you do not act in a manner that distorts its principles, no matter how flawed you think it is‚" Ntuli said.

Khumalo said Ntuli’s words were harsh considering that they were directed at a senior leader in a province where divisions are high. "I would rather have him attacking issues than an individual‚" said Khumalo. As to whether Zuma was still a good leader for the party‚ Mchunu noted: "All I said was that there was a need to change direction."

Mchunu‚ a former ANC provincial secretary‚ was chairperson of the ANC from March 2013 to November 2015, but was axed as premier in May 2016. He has refused to be deployed by the ANC ever since due to internal differences. His wife Thembeka‚ a former mayor of uThungulu District Municipality (now King Cetshwayo District Municipality)‚ was redeployed to the same council as a member of Exco. Mchunu’s name has appeared several times on Ramaphosa’s slate in his top six as deputy secretary-general.