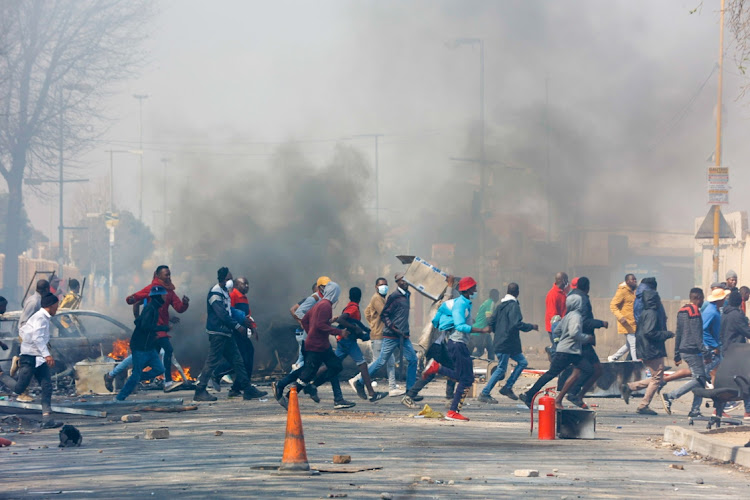 At least four people were killed, a municipal building was torched and more than 10 cars set alight during protests in Tembisa. Picture: THULANI MBELE

The Tembisa riots remind us of what we have, deep down, known would happen: the insinuation of race engineering, also known as BEE, into every  crevice in the economy enriches the politically connected, but comes at the huge cost of over 10-million desperate unemployed.

Yes, the enriched cadres have kept the ANC in power. But we are nearing the end game. Even this colossal system of what is, to be honest, a form of legalised theft, is failing to maintain ANC hegemony.

Where this system is successful is in kindling anarchy that will sooner or later submerge us all. BEE driven skills out of the country. As much as that policy may have had  something to commend it 25 years ago, it is now a poison coursing through the economy.

To save the country — even itself — the ANC needs to defer its deepest dreams, its obsessive odyssey towards racial equality, to that day in the future when the economy has rapidly doubled or trebled in size, and in so doing  created many millions of jobs.

We are now at the stage where the best is the enemy of the good. To paraphrase Shakespeare, a tide has come in the affairs of SA which, taken at the flood, will lead to fortune, but omitted  — to misery.

The party’s economic policy document was mildly progressive; its conference deliberations last weekend were not. Delegates took a step backwards on ...
Features
5 days ago

Solving load-shedding is the only way Ramaphosa survives  the political storms he faces between now, December and 2024
Opinion
2 weeks ago
Next Article