LETTER: Time for Peter Bruce to lay down his pen?

Bruce’s article on Tendele Coal Mine raises a number of deeply concerning issues, including his ethics 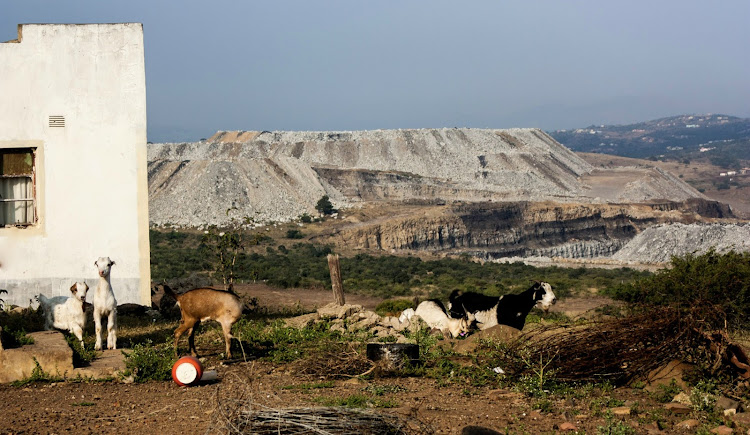 Perhaps the time has come for Peter Bruce to lay down his pen. His latest column exposed a deep-seated hypocrisy that threatens to undo all the good work he has done over his long career as a journalist and liberal thought leader (“OK greens, you won the mine battle, but what do arriviste jobless eat?”, June 30).

Bruce’s puff piece on Tendele Coal Mine’s Jan du Preez raises a number of deeply concerning issues. First, it appears as if much of what Bruce pontificates on in his piece is drawn directly from a letter Du Preez has written to mineral resources & energy minister Gwede Mantashe. This raises concerns about the integrity of the opinion in that it suggests industry lobbyists were involved in getting Bruce to write the piece.

Second, Bruce seems to have left any ethics at the door when he blatantly points a finger at Kirsten Youens as the main instigator and driver of the court judgment that found Tendele to be in breach of the law. This is particularly concerning since Bruce himself was the victim of mob violence when he wrote an article criticising the Guptas. For Bruce to place a human rights and environmental lawyer in danger smacks of either deep-seated hypocrisy or a mercenary streak that insults the journalistic integrity that should be the cornerstone upon which he builds his arguments.

In his article, Bruce makes it clear that he is well aware of the violence that faces those brave souls who dare to resist what the courts have now found to be an illegal operation. Yet, in his righteous outrage at a human rights lawyer who dares to fight for the environment and community, he has no hesitation in naming and calling her out as the chief culprit who is responsible for the potential loss of thousands of jobs.

To remind us of the violent reality facing activists in Mtubatuba, we should look no further than the brutal assassination of Fikile Ntshangase in October 2020. Ntshangase was one of many activists whose homes have been shot at and who face daily threats of violence from those who are directly benefiting from the mine.

Bruce should be reminded that the angelic mine he so strongly seeks to protect is the same mine that offered activists of the local community organisation a sum of R100,000 to convince the community to accept the expansion of the mine. In a community where poverty is an everyday affair and unemployment runs up to 70%, this is tantamount to placing a price on the head of anybody who might be identified as an obstacle to obtaining such a large payday. For Bruce to have joined this band is deeply disappointing, to say the least.

Third, Bruce appears to exhibit a set of principles that is alarmingly similar to the duality of apartheid ethics. It was only last year when he penned a rousing call for a boycott of Shell as they prepared to “unleash havoc” along the Wild Coast through the way they proposed to explore for oil and gas. Bruce’s fervour to protect the living environment of the Wild Coast was commendable and brave. But it appears as if his fervour for the protection of the oceans and its inhabitants does not go as far as humans in Mtubatuba who are facing an intense onslaught on their environmental and human rights.

In the case of Tendele, Bruce waxes lyrical about the lost opportunities and jobs while completely ignoring the environmental destruction and impacts of the mine. In the same vein, Shell and others have made long lamenting comments about the socioeconomic development of the Eastern Cape and how environmental activists were trying to “stifle development”. But this did not stop Bruce from bravely standing for the environment and the lives it would impact. And yet when it comes to the lives and effects on the environment of mainly black Africans Bruce appears to neatly adopt a different approach.

Lastly, Bruce goes to great lengths in his article to make the case that it was Youens and the community she represents that are ultimately to blame for the court judgment that found the mine had not complied with the law. He laments that they are ultimately to blame for the loss of jobs and livelihoods. Here again his hypocrisy knows no bounds. When Bruce was criticising the Guptas he was clear that the rule of law required firm action by the state to ensure all are equal before the law. And yet for some reason only he knows, Bruce appears to ignore the fact that it was Tendele that had circumvented the law and was ultimately responsible for the situation it has placed itself and the communities in.

When Bruce was writing about the Guptas he had no concern for the jobs that would be lost as a result of him calling for the law to take its course; indeed, he was adamant that the rule of law must be upheld. It is strange then that he now appears to have changed his tune when the lawbreakers are the white owners of Tendele Mine. The law must apply to all equally, and our principles should not be conveniences we draw on whenever our own prejudices dictate. Perhaps it is also time for the media to hold its own to account.

PETER BRUCE: OK greens, you won the mine battle, but what do arriviste jobless eat?

About 20,000 people directly depend on Tendele Mining’s Somkhele operation that is shutting
Opinion
1 month ago
Next Article