Can Bennett and Wolman identify and explain just which of those BDS’s demands is anti-Semitic? 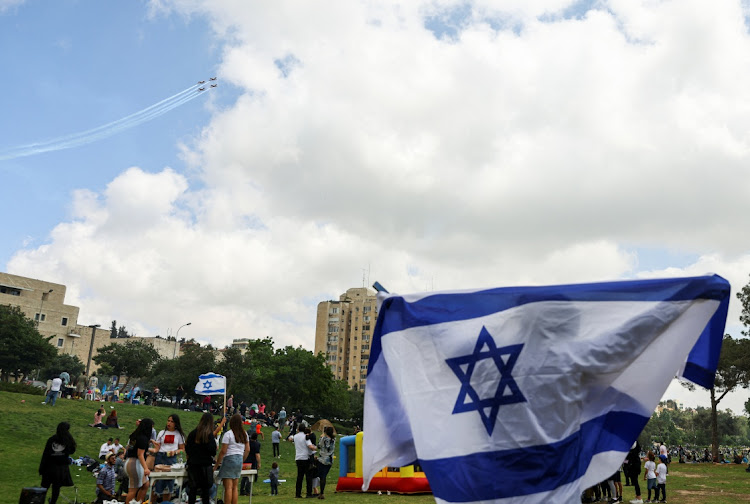 A man celebrates with Israeli flags as Israeli Air Force planes fly in formation over Jerusalem an aerial show as part of the celebrations for Israel's Independence Day, marking the 74th anniversary of the creation of the state, at Sacher Park in Jerusalem May 5 2022. Picture: REUTERS/RONEN ZVULUN

Just like apologists for SA apartheid during the 1970s and 1980s, Len Bennett in Canada and Allan Wolman in Israel repeatedly whinge that Israel is unfairly treated by the international community, and that critics of Israeli apartheid are “mistaken” and/or “clichéd” (“Crawford-Browne is mistaken,” and “A clichéd view of Israel,” May 4).

The evidence is increasingly glaring that not only is Israel an apartheid state, but that its barbarities even exceed the crimes against humanity perpetrated in apartheid SA. SA never had apartheid walls, or apartheid roads, or bombed the townships, and even the dompas pass laws were primitive by comparison with the Israeli ID system.

Teenage Palestinian boys are routinely (and falsely) accused of throwing stones and jailed for six months by Israeli kangaroo military courts that have a conviction rate of over 99%. The purpose is to terrorise these boys while in jail and to turn them into informers against their older brothers. It is reported that there are more than 1,000 Palestinian boys now jailed on such false charges.

Parallel to the Group Areas Act, which reserved “only” 87% of SA for whites, 93% of Israel is reserved for Jewish occupation. Parallel to the Immorality Act, intermarriage between Jews and non-Jews is prohibited, while consensual sex between a Muslim man and a Jewish woman may result in the man being charged with rape.

Boycott, Divestment and Sanctions (BDS), which is modelled after nonviolent sanctions campaigns against SA's apartheid, makes three demands. That the Israeli government:

The Israeli government and the Zionist lobby are apoplectic about BDS. They realise that given the growing international recognition (even in Israel) that Israeli apartheid ranks as genocide and a crime against humanity in terms of international law, it is the kiss of death for the Jewish state of Israel.

Accordingly, the Zionist lobby smears critics as anti-Semitic, just as purportedly Christian apartheid SA smeared its critics as communists. Can Bennett and Wolman identify and explain just which of those three BDS demands is anti-Semitic?

As for Wolman’s advice that I should concentrate my energies on fixing SA, let me remind him that I was the first person in the country to expose the corruption of the arms deal scandal, and that I am now being fully vindicated.

A lesson the ANC learned well from the Soviets: scapegoat the Jewish state
Opinion
2 weeks ago
Next Article