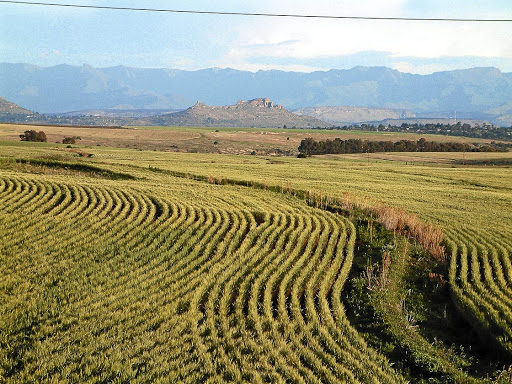 Tshepo Diale’s contribution (Land isn’t everything; it’s the only thing, 21 April) repeats the assertion that land politics are central to resolving SA’s crisis.

“The first ... step to empowering black people is to give them back their land,” he writes. This is a romantic sentiment that bears at best an ambiguous relationship with reality.

Land is but one input into any productive process, and not necessarily the most important one. Indeed, in an economy that places a premium on value addition and innovation, access to land can mean very little indeed. This is the case even for land-based activities such as agriculture.

Farming is a difficult, complex, typically low-profit undertaking. Making it work takes considerable investment, constant innovation, a knowledge of markets, and an appetite for risk, not to mention an appreciation of the vagaries of climate and the state of infrastructure. In SA, one might add a largely incompetent and sometimes predatory state.

SA is already a substantively urbanised society, and this will not be reversed. If anything, it will increase. And there is a large body of research that shows that land reform is neither a priority for most South Africans, nor something from which all but a very small proportion expect to benefit.

Institute of Race Relations polling in 2020 found that only 4% of South Africans viewed land reform as the most serious unresolved problem, against 53.4% citing unemployment. Some 72.8% felt that jobs and education would improve lives and opportunities, as opposed to 4.2% who looked to land reform. These proportions also closely follow the priorities of black people — those who suffer most from socioeconomic exclusion.

A properly executed land reform programme holds some benefits for SA. We certainly need to assist new farmers into the industry. There is also a definite moral dimension to it given our sad history. But land reform — particularly in its agrarian dimension — is not anything like a solution to the disempowerment of tens of millions of South Africans.

LETTER: Land isn’t everything; it’s the only thing