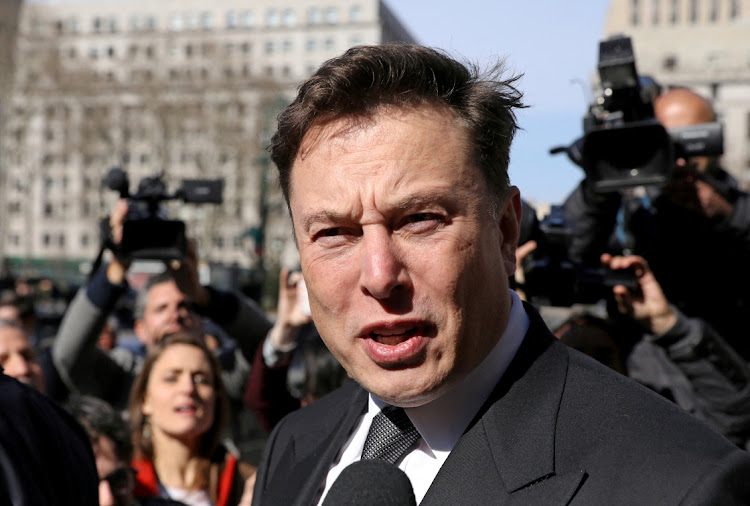 I wish Elon Musk the best of luck with his wonderful intentions for my favourite social medium, Twitter (“Twitter agrees to Elon Musk’s $44bn takeover”, April 25).

But I wonder how he can prevent this explosive Pandora’s box from being abused by the likes of Bell Pottinger and Vladimir Putin to launch avalanches of fake news through populist “echo chambers” misleading majority electorates against what’s best for their future.

Consider their potential to generate vastly more “bots” of the sort that enabled Donald Trump to steal his election from Hillary Clinton and enabled the ANC to ensure re-election with racist and communist promises to end “white monopoly capitalism” with “expropriation without compensation” and “radical economic transformation”.

Musk, and other defendants in a shareholder lawsuit over the tweet, asked a judge to certify the order so it can be appealed
World
3 months ago
Next Article