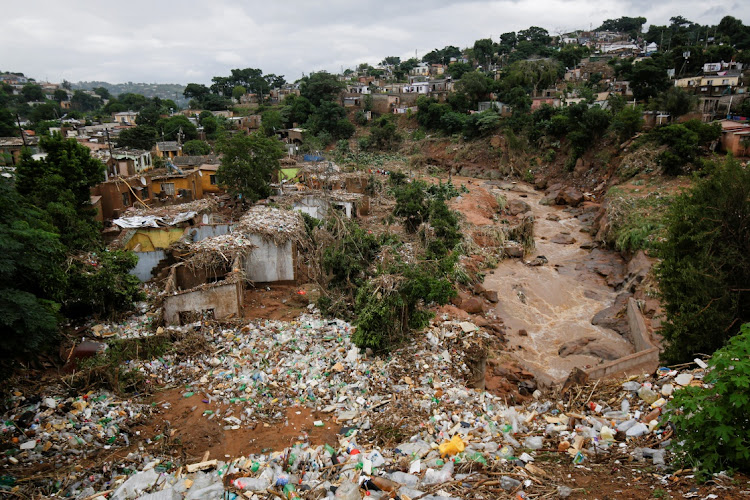 Destroyed homes and rubbish are seen after a river burst its banks in Ntuzuma, Durban on April 13 2022. Picture: REUTERS/ROGAN WARD

It was argued in your editorial that the solution to disasters in KwaZulu-Natal and other provinces can be found in a centralised response (“Response to floods must be centralised”, April 19).

The editorial cautions simultaneously against centralised control (granted the passing of a national state of disaster), while also calling for it. But if the reality of politics in SA should have taught us anything, it is that centralised control doesn’t mean an effective response. It just means the centralising of theft, corruption and incompetence.

Putting a few people in charge doesn’t mean an effective, quick response. It means a few people get themselves and their cronies rich on the money needed to help disaster victims, while passing petty dictates that don’t aid recovery.

Much of the damage of the disaster came from government’s inability to maintain infrastructure and prepare for such an event. Do we really want to put the same people in charge of addressing the disaster?

The government does have a role to play. It should be fulfilling its basic responsibilities of ensuring law and order and people’s immediate safety. When it comes to rebuilding and recovery it has proven itself inadequate.

The editorial argues for cutting red tape to allow a swift response. I agree. But do not cut red tape that holds back government overreach and corruption. Cut the red tape that stops the private from filling the gap.

Let NGOs, companies, communities and sincerely industrious and generous South Africans fix disaster-hit areas. Leaving it to the government, especially an elite few despots, will result only in more looting.

Destruction at ports during floods will have far-reaching implications, says president
National
3 months ago