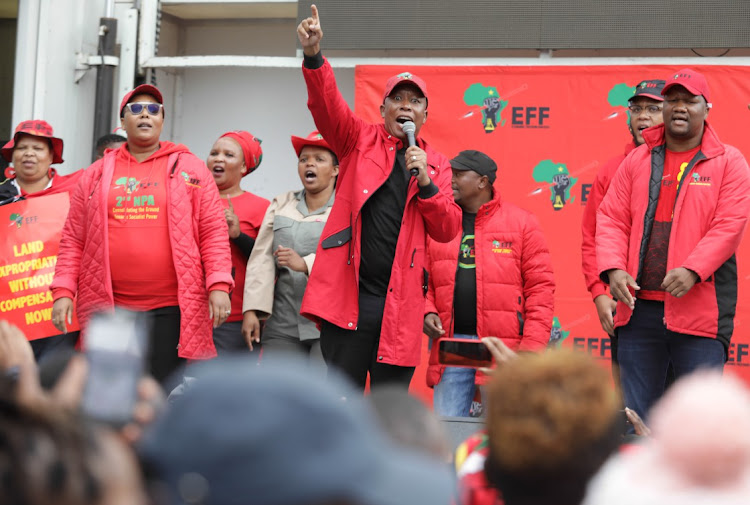 South Africans, whether black or white, billionaires, millionaires or just — as is the case of most of the population — financially stretched or impoverished, are entitled to some sort of return on the investment they make in the country’s politicians.

After all, the very existence and livelihoods of our politicians, including those who have personally looted and stolen from our state coffers, are dependent on the taxes citizens pay, and all of us can rightfully ask what yield we have received from the hard-earned funds we have transferred — via the fiscus — to them, the government departments they are responsible for and the political parties they represent.

The racist, rabble-rousing rhetoric of Julius Malema on April 6, specifically against Johann Rupert, was a good example of how taxpayers are funding political mischief-makers and those who have no idea how to advance the wellbeing of our citizens other than steal from the haves, and even the have nots, and help themselves and their cadres and cohorts to the proceeds.

The ANC and EFF are proving themselves experts in this process, and justify their theft in the name of anti-apartheid-ism, anti-colonialism, anti-white monopoly capitalism, and a gratuitous entitlement to assets and wealth they generally never owned, earned or deserve.

There is no bottomless pit of wealth in SA, and only a limited number of geese that lay golden eggs. Emptying the pit and killing the geese through greed, stupidity, misguided political ideology and short-term personal political advancement is inviting a catastrophic disaster for our country, particularly for those citizens already disadvantaged and devoid of human dignity.

LETTER: Driving licence fiasco is a tangible example of a failed state

Wherever a government is not fulfilling a function that it should be doing, it is failing
Opinion
3 months ago

LETTER: No ANC faction must control the independent corruption busters so urgently needed

LETTER: Crack down on corruption to create jobs

LETTER: The Titanic was an unfortunate analogy Mr President

LETTER: The Titanic was an unfortunate analogy Mr President