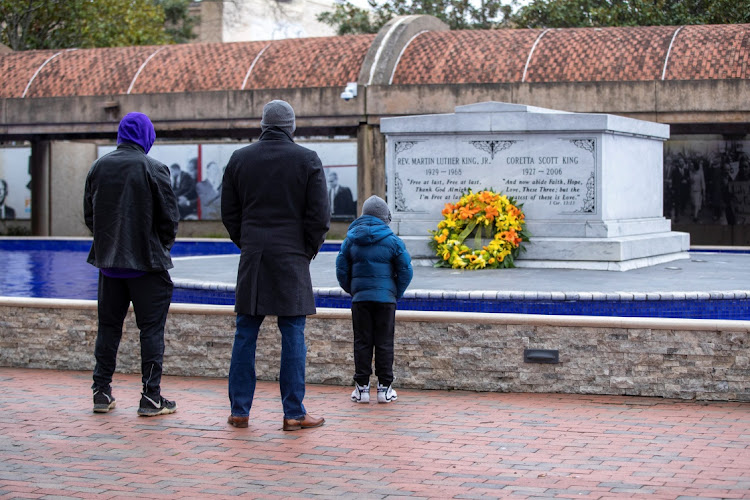 It was Martin Luther King Day, a US federal holiday, on January 17. There are only four federal holidays commemorating individuals in the US, including Christmas. Malcolm X was another US civil rights leader who was murdered, but his memory has to make do with an annual holiday in Berkeley, California.

African Americans are a minority group in the US at about 13.5% of the population. Racially oppressed, King, a Baptist minister, advocated nonviolent methods to achieve equality of opportunity in accordance with the existing US constitution.

Malcolm X opposed racial integration and campaigned for black “freedom” using violence if necessary. To some he was a progenitor of the Black Lives Matter movement. King and Malcolm X only met once, their approaches to achieving African American “liberation” being poles apart.

In SA, Nelson Mandela signed off on a new constitution and believed passionately in the rule of law. Archbishop Desmond Tutu, with his Christian emphasis on forgiveness, generally supported Mandela’s  approach. He was awarded the Martin Luther King Junior Peace Prize in 1986.

Initially, the “Malcolm X” tendency was muted within the ANC government, but advanced during the Zuma administration. It maintains racial differences, primarily through BEE and black nationalism, has attempted to change the constitution about property rights and now attacks the legitimacy of the judiciary. As we started to see in July last year, it will use violence and criminal behaviour to achieve its aims.

Pushed by SA’s increasingly dire economic situation, these mindsets are gradually separating as individuals and organisations feel forced to take one side or the other. While the DA has dropped its support for BEE and is becoming more classically liberal, the ANC remains confused. President Cyril Ramaphosa, regarded as being a rules-based moderate, also passionately supports BEE, weakening his ability to deal decisively with the party’s radical economic transformation (RET) faction. RET speeches and articles are frequently irrational, but their aggressiveness appeals to unhappy people.

Everywhere, it seems, despite the celebrity status accorded to King, Mandela and Tutu, the Malcolm X approach prevails. The results have been socially divisive and economically catastrophic for SA. It is difficult to be nonracial while also believing in “social justice”. Attempting to square this circle has made the ANC, and increasingly the US Democratic Party, schizophrenically dysfunctional.

ADEKEYE ADEBAJO: Prophets, poets and philosophers of the pan-African pantheon

ADEKEYE ADEBAJO: Prophets, poets and philosophers of the pan-African pantheon