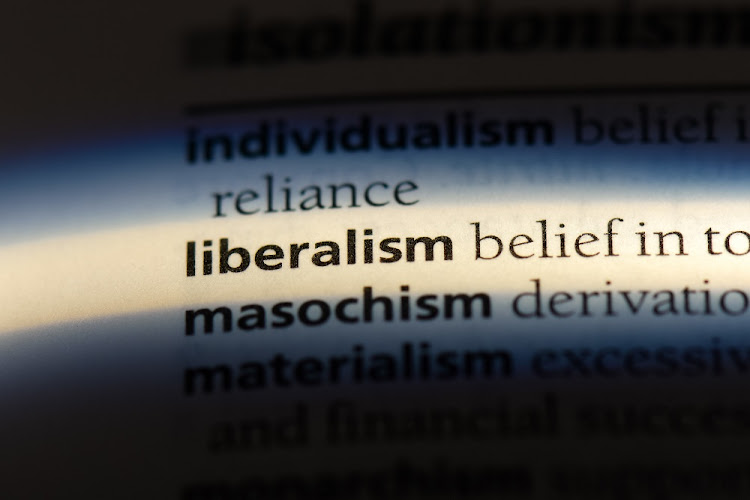 The critique of my letter on liberalism by Martin van Staden of the Institute of Race Relations (IRR) refers (“Liberalism is about individual rights”, January 19). As liberals we can civilly agree to disagree about the version of liberalism best suited to a society such as SA, in which racism was legally entrenched and explicitly excluded blacks, particularly Africans, from many political and economic rights enjoyed by whites. But let us not misrepresent or misunderstand each other.

It is incorrect to say that I dismiss private charity. What I wrote was that “philanthropy — welcome though this is — is not enough; systemic change is needed”. Hence, I welcome charity, but does the IRR really think private charity and “trickle down” growth (when there is growth) is sufficient to redress centuries of extreme discrimination and continuing, largely racial, poverty and inequality?

The IRR’s principle that liberty means people should be free to do what they wish provided this does not “interfere with the freedom of others” is usually expressed as doing no harm to others, and it was precisely this concern that led one of liberalism’s founders, John Stuart Mill, to call for higher taxes on inheritance (unearned income), as the accumulation of wealth and the political power it confers greatly advantages the offspring of the wealthy and disadvantages — and thereby harms — those who are poor (or just poorer) from competing equally for life’s chances in acquiring such basics as jobs, housing, education and health services.

What is Van Staden/the IRR’s view of the effect of this gross inequality on the operation of supposedly “free market forces” on the “even playing field” on which all are supposed to be able to compete equally?

I agree with, but am puzzled by, Van Staden’s statement that “a truly liberal programme of redress would involve the return of ill-gotten property ”. But this is surely a  large part of what those pushing for redistribution to blacks of land and property that was forcefully “confiscated without compensation” from them under apartheid, for example under the Land Act and Group Areas Act? What is the IRR’s position on the restoration of these property rights?

My position is to stand by SA’s 1996 constitutional compromise that there should be active policies to redress this. I believe it would be preferable to do this along class rather than racial lines, that is financed by somewhat higher taxes on the (widely tax-evading) super-rich as well as, initially, favouring mass job creation and the redistribution of a negotiated amount of land to Africans. How one does this is important. Co-operating rather than shouting redress down would help secure a more orderly, consensual process and reduce the danger of elite capture, which is a common danger of distributive policies in all (including capitalist) societies.

It is noteworthy that at the current World Economic Forum in Davos of the world’s superrich, over 100 millionaires and billionaires have signed a petition stating that “the current tax system is not fair” and calling on governments to increase wealth taxes to help reduce the alarming growth in inequality worldwide .... and to raise the revenue for sustained, long-term increases in public services” (as reported in The Guardian on January 19).

This shows that not all of the super-rich are ruthlessly selfish and short-sighted — and hence more likely to secure the survival of a liberal capitalism. Taking active steps to redress SA’s continuing extreme poverty and inequality, still largely along racial lines, is both the right thing to do as well as an antidote to increasing social unrest.