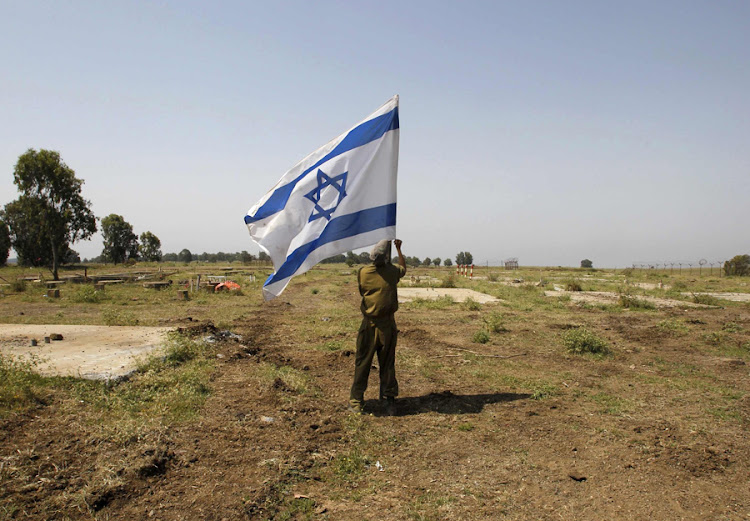 An Israeli soldier places a flag near the Golan Heights. Picture: REUTERS

As Israel negotiates its 73rd year as an independent state and racks up, year after year, technological, health and agricultural achievements that benefit humankind, so the hate-filled anti-Israel, anti-Semitic cacophony grows.

While world leaders assembled in Glasgow for a summit on climate change last week, in one category Israel is streets ahead of the world: water. Through desalination, drip irrigation and other innovations, Israel turned its lack of water into a major strength.

It was in Scotland last week today to share its achievements with the world and make a significant contribution to humanity’s wealth and health.

For Israel’s founders, the declaration of independence was a  functional, legal instrument, not a document of entitlement. But it has taken on a larger significance in the more than 73 years since David Ben-Gurion first read it to the world.

Over the years judges, legislators, scientists, agriculturists and health practitioners the world over have been understanding that the declaration of independence was an aspiration to behave and act constructively and beneficially for humanity.

Israel’s diplomatic success with the Abraham accords and in Africa will not bend to the hatred spewing from the minds and lips of the ignorant and the blind, and here one can include the ANC and its left-wing supporters.

Our country is truly on the wrong side of history, and more and more of our citizens are coming to realise this.

JOIN THE DISCUSSION: Send us an e0mail with your comments. Letters of more than 300 words will be edited for length. Send your letter by e-mail to letters@businesslive.co.za. Anonymous correspondence will not be published. Writers should include a daytime telephone number.

Contrary to Terry Crawford-Browne’s fictional diatribe, all existing desalination technology results in the production of brine
Opinion
9 months ago

LETTER: SA must catch up with rest of Africa on Israel

The government whinges about a seat at the AU table, but stays mum on riots in Cuba
Opinion
9 months ago

African states are benefiting by forging closer ties with the one country that has turned deserts and swamps into productive land able to feed its ...
Opinion
9 months ago

SA’s slow rollout partly due to careful evaluation of efficacy, in line with international standards
Opinion
10 months ago
Next Article