LETTER: RET faction on the march 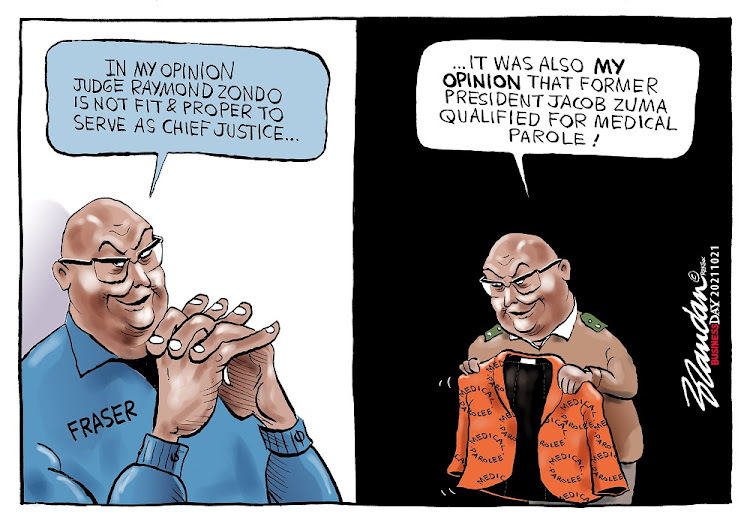 A prayer meeting in cyberspace, a five-hour talk session in a casino, renewed activity by his terrible twins, a frivolous charge against Billy Downer (all involving former president  Jacob Zuma) and now the rubbishing of the acting chief justice by Arthur Fraser and others: make no mistake, the propaganda offensive of the radical economic transformation (RET) faction of the ANC is on the march.

While the majority “CR17 faction” morphs into the “CR22 faction”, the pushback from those aligned to RET must be expected. The ANC is in an impossible bind: unity with thieves, crooks, kleptocrats and state capturers within the ANC “broad church” is utterly incompatible with the renewal of the oft-promised but seriously short-delivered “new dawn” that beckoned in 2018. This promise was made after Zuma (and then Fraser) were ignominiously fired and the Ramaphosa presidency began.

Much of the pushback in recent days must be seen for what it is: a pre-emptive strike against those tasked with the cleanup the country so desperately needs if the dire prediction of failure as a state (in the last 10 years Clem Sunter has moved his educated estimate of the odds from “one in four”  to a scary “evens”) is to be avoided by those who regard the rule of law as supreme and the values of the constitution (not those contrary values of the national democratic revolution) as their guiding lights.

More prosecutors and judges can expect to draw flak from the RET forces. Fraser skates on the edge of scandalising the court, contempt of court and criminal defamation by impugning the integrity, the independence and the impartiality of Raymond Zondo. He does so without any proper grounds. The latter has been in the kitchen a long time and can probably take the heat. All judges who do duty in commissions of inquiry must expect criticism. There is a fine line between permissible criticism and criminality.

Until orange overalls are issued to the “big fish” who deserve them, the populist propaganda will continue. The political will to establish suitable anti-corruption machinery of state is key to putting an end to the antics of those who fear imprisonment and use politics to avoid their own incarceration for their roles in state capture and their corrupt activities.

Problem is not dumping, it’s a drive to reduce imports and achieve localisation goals
Opinion
8 months ago

The ANC is unable to run local clinics, and state hospitals are in a disgraceful condition
Opinion
8 months ago
Next Article