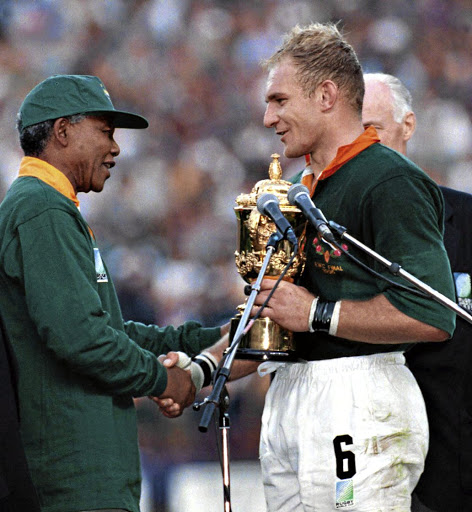 The spectacle of the new flag paraded by helicopters over the Union Buildings at President Nelson Mandela’s inauguration in 1994, our new, inclusive national anthem and the symbolism of Thabo Mbeki and FW de Klerk flanking a beaming Mandela, evoked many a tear of relief and a national sense of regained pride and promise among the majority of South Africans.

A similar emotion swept through the country after the Springbok’s Rugby World Cup victory in 1995. A fully democratic, credible and honest Government of National Unity would be the formula for a thriving SA, in which its citizen’s lives and livelihoods would take on a new meaning and provide appropriate levels of human dignity to all its people.

We are now confronted with a very different spectacle and one which is dominated by a sense of failure, hopelessness and depression. The pending local government elections have inspired daily revelations of the wretched, sordid and inhumane conditions in which so many citizens live, and have frighteningly brought home just how dismally the ANC-led government has wrought havoc and chaos in the land and on those that should have benefited most by our new democracy.

Sadly, with even more politically fractured municipalities and a shortage of state funds, we are unlikely to see decisive progress towards acceptable living conditions and jobs for the communities that need them so badly; the local government elections will have little or no impact on the bankruptcy, incompetence, corruption and pure laziness that pervades central government and its leaders.

It is from there and from them that our failed state comes, and only by their removal and replacement with a government of national unity, with a revitalised participation of a demanding civil society, will a sense of hope, promise and pride be rekindled.

The ANC is unable to run local clinics, and state hospitals are in a disgraceful condition
Opinion
7 months ago