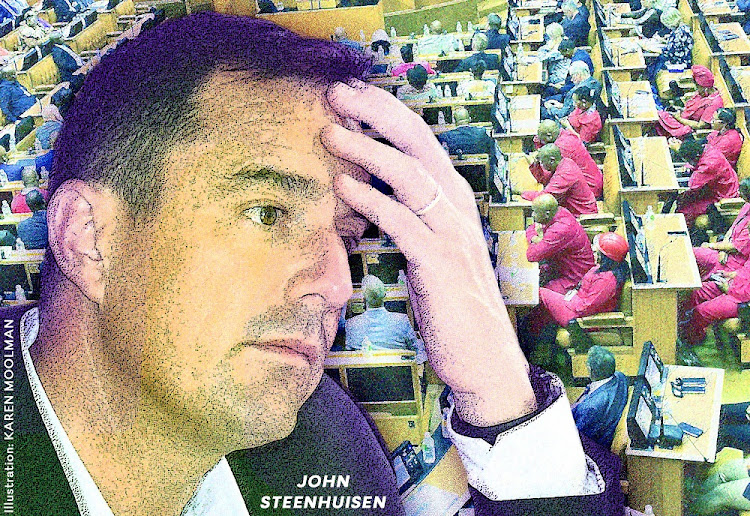 James Cunningham's letter refers (“Government of national unity on the horizon”, September 6). Now that both the DA and the ANC find themselves in muddy waters I would rather the DA imploded than the ANC, the world's oldest liberation party. Isn't this just “swart gevaar” looming large again?

The writer deliberately ignores the fact that we did have a government of national unity in 1994. The ANC was not obliged to form such a government, yet Nelson Mandela himself, after winning the first election decisively and at great cost to himself, invited all parties - even the “one-percenters” such as the DP, forerunner of the DA, to help govern.

Wise and forgiving as he was, he knew that was the best way forward for our country, with its brutal past. Many in his party and other breakaways, even today still, crucified him. He even insisted that the Springbok emblem be retained. The National Party was awarded six ministerial posts, the IFP four, former president FW De Klerk was one of two deputy presidents, and Mangosuthu Buthelezi even acted as president on several occasions.

The discredited NP soon disappeared. The dishonest DA had already dug its own grave by rejecting Madiba's offer, opting to go it alone without a plan B, soon to reach its 20% ceiling in the last election. The writing is still on the wall, in bold letters.

The middle ground should rather be strengthened jointly by these two,  the ANC and DA, for a second chance - maybe the last - to save our country from relentless onslaughts from both the Left and the Right. This country will never succeed without the liberation of both its oppressed and oppressors.

Imagine a DA president at the AU, or anywhere on world stages. Coalitions will never work here. Israel, with eight little parties forming a fractious government, is a warning. The DA will always have a credibility weakness, faced with the dilemma that it tries to serve, and satisfy, two masters.

Of 504 parties registered with the IEC only the ANC, DA and ActionSA disclosed direct pledges, with the DA reporting largest single donation
National
2 weeks ago

Zille’s challenge is as puzzling as her affection for Zuma, who in effect destroyed our economy and inflicted damage SA may never recover from
Opinion
2 weeks ago
Next Article

LETTER: Government of national unity on the horizon

LETTER: Government of national unity on the horizon