The failure of military intervention, most recently in Afghanistan, shows the time has come to disband Nato and US bases around the world 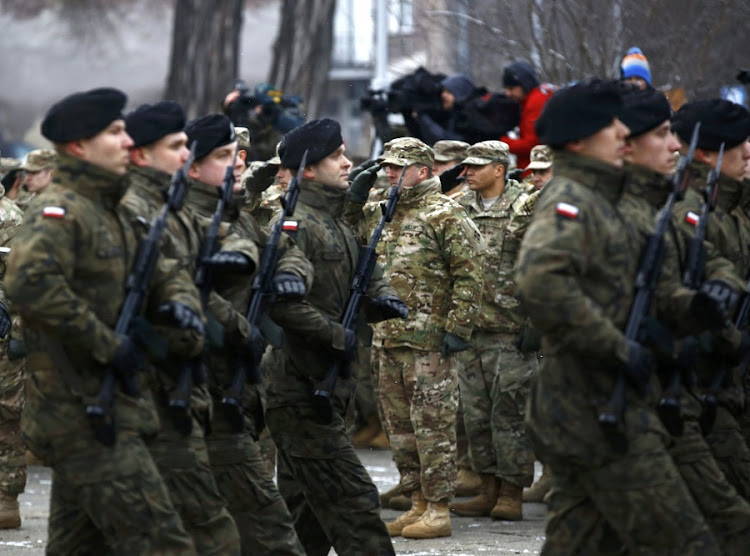 Writers including Howard Zinn, Chalmers Johnson, Noam Chomsky and John Pilger have for decades warned that American militarist obsessions with wars to impose the US Empire upon the world would end in disaster. The chaotic US departure from Afghanistan confirms that the time is long past to disband the North Atlantic Treaty Organisation (Nato) and the estimated 1,000 US military bases around the globe. Prisoners of conscience and whistleblowers including Julian Assange and Chelsea Manning must be released immediately, plus those hostages still held in barbaric circumstances at Guantánamo Bay.

The US has more than enough problems at home, but fortunately does have the ingenuity to reinvent itself. Your editorial is however predicated on the false assumption that the Taliban ignored an ultimatum to hand over Osama bin Laden (“US abandoning Afghans sends a terrible message”, Aug. 15). In fact, and per a Guardian newspaper report dated Oct. 14, 2001 and headlined “Bush rejects Taliban offer to hand Bin Laden over”, the US was determined to inflict wars throughout the Muslim world. It was the key aspect of the neo-con Plan for the New American Century, of which Christian Zionists including Dick Cheney, Donald Rumsfeld and John Bolton were prime signatories.

Let’s not forget the George Bush and Tony Blair lies in 2003 that Saddam Hussein’s Iraq held “weapons of mass destruction”, a false accusation now still parroted by the Israeli lobby against Iran. Not only has the world’s most sophisticated military been routed by the Taliban, but the US military is also by far the world’s worst contributor to the environmental and climatic catastrophes facing humanity. The US and its Nato allies annually spend $2-trillion on war preparations.

Reallocation of military spending away from wars to socially and economically productive purposes is urgent and imperative. SA could set an example by abolishing the SA National Defence Force (SANDF) and redefining  defence in terms of section 198 (a) of the constitution that defines national security as: “National security must reflect the resolve of South Africans, as individuals and as a nation, to live as equals, to live in peace and harmony, to be free from fear and want and to seek a better life.”

Your editorial ironically also confirms that the SANDF has yet again proved useless (“Mapisa-Nqakula rewarded for being ‘caught napping'”, Aug. 17). It frequently compounds the problems SA faces — not least being corruption. Nor should the SANDF attempt any more peacekeeping disasters in Africa, as per the Central African Republic and now Mozambique. The purpose of armies is war, not peace.

The eight year-long French and American military interventions in Mali and Niger in the Sahel, like the madness in Afghanistan, have only succeeded in millions of refugees trying to escape to Europe. It is also time for the US and Nato to confront the sponsor of Boko Haram, Isis, Al-Qaeda, the Taliban and other Islamic extremists, namely their Saudi Arabian proxy that funds covert destabilisation of resource-rich countries in Asia and Africa (including SA).

The message is quite simple: if you don’t want refugees, don’t instigate wars through the proliferation of weapons and corrupt dictatorships.

It is not yet clear where Ashraf Ghani is going or how power will be transferred after the Taliban’s lightning sweep across Afghanistan and into the ...
World
1 month ago