The ANC’s cadre deployment is a counter-constitutional abomination 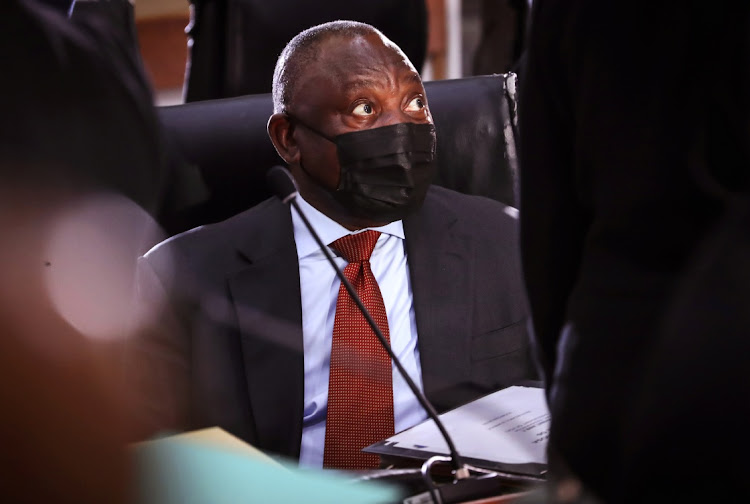 President Cyril Ramaphosa appears to testify before the Zondo Commission of Inquiry into State Capture in Johannesburg on August 12 2021. Picture: REUTERS/SUMAYA HISHAM

Whatever faith remained in President Cyril Ramaphosa’s “reformist” agenda has surely been undermined by his testimony before the Zondo commission.

Confirmation (if any was needed) that the party’s deployment committee was discussing and attempting to influence judicial appointments is a warning that state capture was not just a Gupta or Zuma-era phenomenon and, given the president’s defence of it, that it continues.

What the governing party has been up to is arguably far more venal than the Saxonwold family sought. The plundering of state-owned enterprises deprives the country of resources; the suborning of institutions stands to cripple constitutional democracy. Nowhere is the danger more acute than in respect of the judiciary, whose independence is non-negotiable if it is to stand as a bulwark against abuse.

Sadly, this should come as no surprise. As cadre deployment was being introduced, an article in party journal Umrabulo spoke of the need to extend control of the “national liberation movement” and “over all levers of power: the army, the police, the bureaucracy, intelligence structures, the judiciary, parastatals, and agencies such as regulatory bodies, the public broadcaster, the central bank and so on”. (Note that the judiciary is specifically mentioned. This received a surprisingly muted reaction at the time.)

A few years later Carl Niehaus, then still part of the ANC mainstream, said of the arrangement that there was “an expectation that the party line and leadership should be followed blindly, and that the judicial and democratic institutions of the state should merely be instruments to carry out ANC policy”.

The consequences of this have been dire. Cadre deployment — with the inevitable white-anteing of prescribed processes and institutions — has been fingered in some official documents as a major hindrance to good governance. A 2008 Eastern Cape High Court judgment (Mlokoti vs Amatole District Municipality) found it to have been unlawful.

Cadre deployment has no place in our constitutional system, however its proponents may attempt to spin it. It is a counter-constitutional abomination that must be abandoned if SA is to build a developmentally focused, growth-enabling environment.