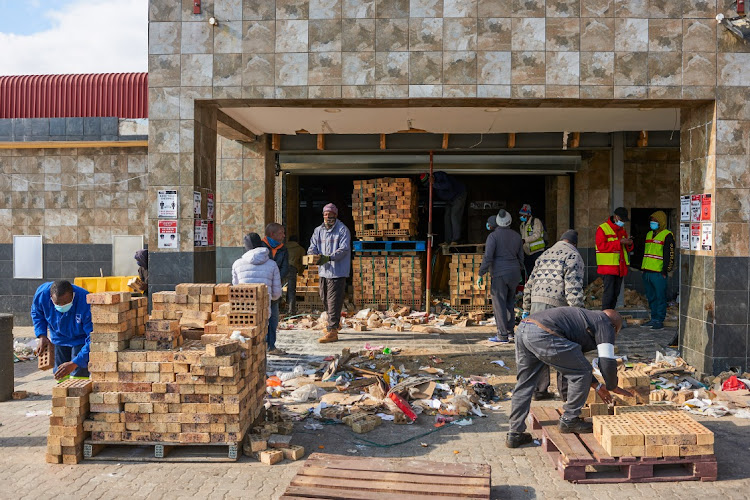 Allan Seccombe’s most recent column was an excellent summary of the many articles that have blasted the ANC government’s painful long-term performance, but I have yet to see in any of them reference the missing psychological need the country is screaming for — an equally dramatic response to what was a dramatic week of violent unrest (“Will the ANC ever listen? Don’t hold your breath. It hasn’t yet”, July 21).

Right now the government is seen to be driving with earplugs and dinosaur blinkers firmly in place, and continuing to pull the country down. This is the sort of thing we needed to hear from President Cyril Ramaphosa: “The excessive effort currently wasted on factionalism in the ANC will stop. We must apply this effort to fast-tracking the changes needed to grow the economy, working in close liaison with the private sector and all others who want to contribute positively.

“All members of the so-called radical economic transformation faction, from top to bottom, will be expelled from the party for irretrievable damage to our reputation and mission and preventing national focus. So will anyone else who cannot work positively in this vital direction.

“The future of the country is more important than any party. We have to revert to an economically sustainable track. Anyone found to be complicit in, or supportive of, the carefully planned sabotage and arson campaign will be charged with treason as an urgent priority.”

The president of both country and ANC must then see that whatever measures are taken are implemented speedily. He can never achieve the cleanup of the ANC he claims to be insisting upon if he doesn’t get rid of the subverters and traitors. In addition, he will be showing the country and the world that we have all had enough of destructive and murderous stagnation.

Ramaphosa would gain more support from voters who wouldn’t touch the present “dirty” ANC with a barge pole than he would lose with those departing. He would also raise the morale of the multitude of decent people of all races who populate SA.

LUKANYO MNYANDA: It’s all good not to let a crisis go to waste, but will SA learn the right lessons this time?

Could recent events be a catalyst to a different approach, especially with obvious weaknesses in the security cluster?
Opinion
1 month ago

HILARY JOFFE: That complex network we don't think about until a link is broken

The business-government meetings that mattered in terms of re-establishing supply lines and reopening KwaZulu-Natal's economy had already started to ...
Opinion
1 month ago
Next Article