LETTER: Too much amelioration 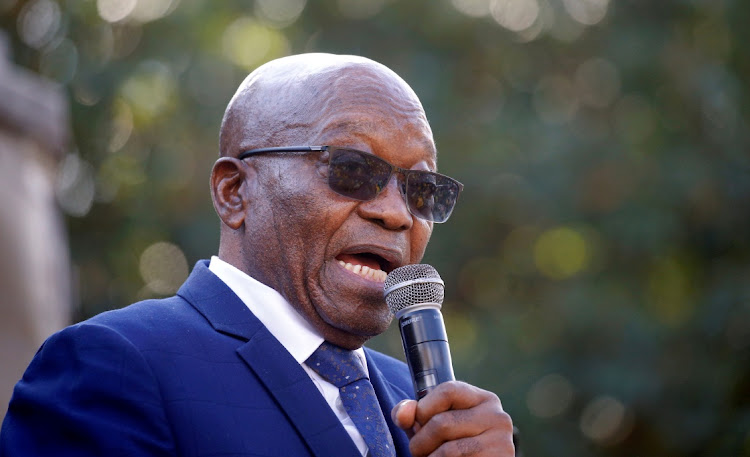 Former President Jacob Zuma speaks to supporters after appearing at the High Court in Pietermaritzburg on May 17 2021. Picture: REUTERS/ROGAN WARD

“The full might of the law” is a phrase used continually by presidents, cabinet ministers and even traffic officers when demanding a “present”.

But what does it mean, really? We have recently had an example of a recalcitrant individual continually and persistently showing the lawfully appointed representatives of we, the people of SA, that he has nothing but contempt for us and our financial predicament, which he and his colleagues caused.

It is a financial predicament that has caused us to lose standing in all the world’s desirable indices and feature in the undesirable indices. Ours is a country where the “rule of law”, being a part of the Bill of Rights, is said to be supreme. However, a cursory glance at any commentary on the Criminal Procedure Act reveals that judicial officers, from the justices of the Constitutional Court to the magistrate at Nkandla, are all bound by previous decisions on what is a “fair trial”, “arson”, “fraud”, “bankruptcy”; and the whole tenor thereof is amelioration.

Understand the personal circumstances of the accused. If the accused through fraud has deprived thousands of pensioners of their expected “widow’s mite”, then it was because his mother deprived that accused of her teat too early. If the accused faces charges of beheading a passer-by who was muttering some incantation, it surely is because that accused did not have a “father figure” through their formative years.

If the accused faces charges of running a state-owned entity into bankruptcy and casting another 5,000 or 6,000 into the ranks of the unemployed, then surely it’s because she was deprived of an orange on her fourth birthday.

If the legislature has laid down that there are minimum sentences for a crime, then the judicial officers are enjoined by directives from the department of justice & constitutional development to find “special circumstances” not to impose the minimum sentence.

The tenor of the criminal law precedent is ameliorate, ameliorate and again ameliorate. Forget about the victims and any compensation for the trauma they suffered, let alone the victim’s pecuniary losses, the immediate loss of the stolen or destroyed item and the loss of the “no claim” bonus.

If the recalcitrant individual is finally incarcerated in a correctional facility, give him leave at the first possible instance. But sad cases do not make good law, and until we revise our requirements the National Prosecuting Authority, which represents the people, and the judges selected to administer the law without fear or favour, our country will continue to burn, as sections of it did last week.

The former president argued for a delay, raising grievances about participating in the criminal matter via video link while behind bars
National
2 weeks ago

Because the pro-Zuma, radical economic transformation faction has lost power within the ANC, the battleground has moved outside the party
Features
2 weeks ago
Next Article