Thesis seems to tarnish, if not obliterate, the role and meaning of its efforts in SA’s liberation history 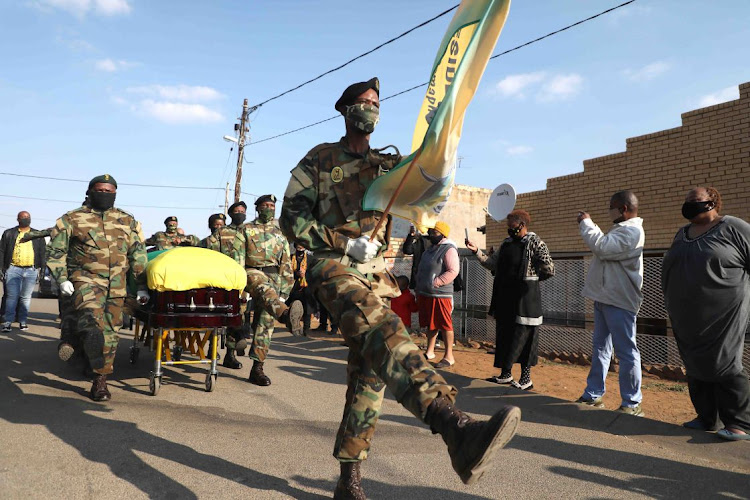 I was flabbergasted by Jonny Steinberg’s column on Umkhonto we Sizwe (MK) and the armed struggle (“An Army in Exile Waiting to Liberate SA Has Always Been a Fiction”, June 17).

Steinberg is an established scholar with an impressive record of well-researched publications under his name. Consequently, I was at a loss as to how he could contemplate a thesis that seems to demonise and tarnish, if not obliterate, the role and meaning of the armed struggle in SA’s liberation history.

He commenced his salvo with: “Did MK exist?” Acknowledging the outlandishness of his question, he however quickly orientated the reader to his awareness of his fraught undertaking with “at first blush the question may seem elaborately pretentious and a little facile. But it goes to the heart of some of the deepest unresolved matters about contemporary SA.”

After a strenuous effort I finally concluded that Steinberg deserves a hearing  if he is suggesting is that the fears of the SA government of the day of MK were misplaced because the real threat was the condition and experience of millions of black South Africans, mainly the youth, trapped in a deplorable and unacceptable condition inside the country.

Recent interest and publication of studies about the SA struggle against apartheid documents well that MK was never established to free SA from the tyranny of apartheid. The armed struggle was always conceived as the political struggle by other means, a position clearly articulated at the commencement of the armed struggle and further entrenched in the ANC strategy and tactics adopted at the 1969 Morogoro conference.

Furthermore, recent scholarship indicates that the armed struggle in SA was the most benign in comparison to other liberation struggles on the continent, particularly considering the total number of recorded casualties that ensued due to the actions of MK cadres. This too is no coincidence. The armed struggle was neither conceived nor executed as a mindless  singular response to the brutal onslaught the apartheid regime unleashed across the land and in the frontline states.

Steinberg is correct in his suggestion that the lived experience of black people in the country was the greatest threat to the apartheid government in SA. It was precisely this reality that led to the formation of organised resistance to colonialism and apartheid, which also led to the initiation of the armed struggle and the sustained and relentless uprisings that engulfed the country and eventually led to the watershed announcements of February 1990.

Any attempt at circumscribing the role of the armed struggle in bringing about the changes resulting in a free and democratic SA needs to be tempered with a very clear understanding that the contributions and sacrifices of cadres of the liberation armies, which extend beyond MK, can never be minimised or triviallised.

While liberation movements and guerrilla armies worldwide can never be compared with conventional armies, or be measured against the selfsame institutions in terms of training, resources and abilities, history is littered with successes as well as failures of the thousands of men and women who were a part of them.

Steinberg’s thesis confirms the real and urgent need for those involved in these struggles to contribute to the scholarship and discourse to ensure their truths and insights are not overshadowed or buried under the endless proliferation of scholarship aimed at rewriting historical truths.

I hope that Steinberg will offer a more substantial treatment of his thesis. It is inconceivable that he would simply set the proverbial cat among the pigeons in such a foolhardy way, particularly given his serious engagement and consideration of some of the most intractable and complex social and systemic challenges bedevilling our nation and society in contemporary times.

Underwhelming support for Magashule ahead of court battle with ANC

JONNY STEINBERG: An army in exile waiting to liberate SA has always been a fiction

Some MK members distinguished themselves, but most were just part of the violence and folly as old as SA itself
Opinion
3 months ago
Next Article

JONNY STEINBERG: The road from private schools to two nations

JONNY STEINBERG: The bitter consequences of the ANC’s original sin

JONNY STEINBERG: The road from private schools to two nations

JONNY STEINBERG: The bitter consequences of the ANC’s original sin