LETTER: Israel masquerades as a democracy 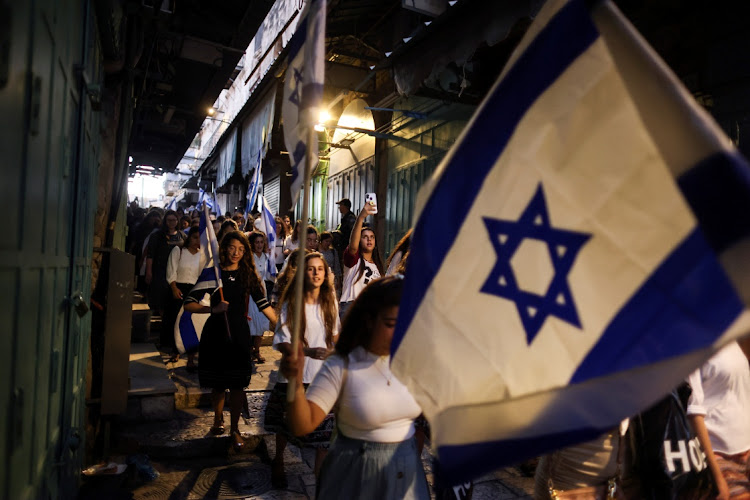 “So let’s take a deep look at apartheid Israel,” says Allan Wolman in his letter (“Israel is much more democratic than SA”, June 14). That SA has numerous severe problems thanks to the corruption unleashed by the ANC, arms companies, “state capture” crooks and others is not in dispute. Likewise, former Israeli Prime Minister Benjamin Netanyahu is now facing serious corruption charges and, like Jacob Zuma, is playing every trick in the book to stay out of jail. Hopefully Netanyahu will soon be facing even more serious charges at the International Criminal Court of genocide, crimes against humanity (including apartheid) and war crimes.

Just as apartheid SA pretended to be a democracy, albeit for whites only, so Israel is a highly militarised dictatorship that masquerades as a democracy.  As the former commando officer responsible for the Israeli army’s Kfar Kana massacre of 106 Lebanese civilians in 2006 the new prime minister, Naftali Bennett, even proudly boasts how many Arabs he has killed.

Wolman refers to the situation in Sheikh Jarrah in East Jerusalem. I happen to have been there in October 2009 and witnessed Zionist thugs invade the front part of the Al Kurd home. Standing on a plastic chair and looking over their neighbour’s garden wall I took photographs, and reporting back to the Ecumenical Accompaniment Programme in Palestine and Israel (EAPPI) and the World Council of Churches, wrote:

“The traumatic circumstances of the three families already evicted from their homes have elicited worldwide media publicity. A delegation of 10 European parliamentarians visited Sheikh Jarrah to voice their abhorrence of eviction of people from their homes. To South Africans present, the evictions are ominously reminiscent of the notorious Group Areas Act. Similarly reminiscent of the apartheid era was the police announcement that the press conference was an illegal gathering and people present had five minutes to disperse.”

I helped Nabil al Kurd write a letter in English to former UK Prime Minister Tony Blair (then living in the nearby luxurious American Colony Hotel) to remind Blair that even the infamous 1917 Balfour Declaration stipulated that “nothing shall be done which may prejudice the civil and religious rights of existing non-Jewish communities in Palestine”. Blair, of course, never bothered to walk 200 metres to see for himself how these Zionist gangsters operate. Two months later, to the fury of Israeli soldiers, we EAPPI peace monitors held a Christmas party outside the Al Kurd’s home for the kids in Sheikh Jarrah. My SA colleague Rev. Victor Adams played the role of Father Christmas.

Miraculously, the Al Kurd family still tenaciously remain in the back part of their Sheikh Jarrah property. An Israeli settler born in Brooklyn, New York, occupies the stolen front part. The 11-year-old Mohammed al Kurd I knew is now a highly articulate 23-year-old, whose English is impeccable and whose tweets and videos have taken the Sheikh Jarrah story around the globe.  Mohammed and his twin sister, Muna, were arrested a couple of weeks ago because their videos annoy the Zionists. Their cameras are their nonviolent weapons against Israeli guns and thugs.

Just a kilometre from Sheikh Jarrah, videos taken a few days ago of the Israeli “Flag Day” parade at the Damascus Gate of the Old City are grotesquely evocative of films depicting Nazis during the 1930s with swastika flags terrorising Jews in Berlin and Vienna. And just 9km away graffiti on the Bethlehem apartheid wall declares: “Tear gas now, gas chambers later:  rise up whilst you still have breath”.

As the Palestinian story gets out to the world in articulate English, 250 American journalists have at long last demanded that the US mainstream media stop “sanitising Israel suppression of Palestinians”. The same is true of SA media that allow Wolman and his fellow Zionist hasbara propagandists to sanitise Israeli apartheid with blatant half-truths and venomous lies.