LETTER: Kruger National Park has gone to the dogs 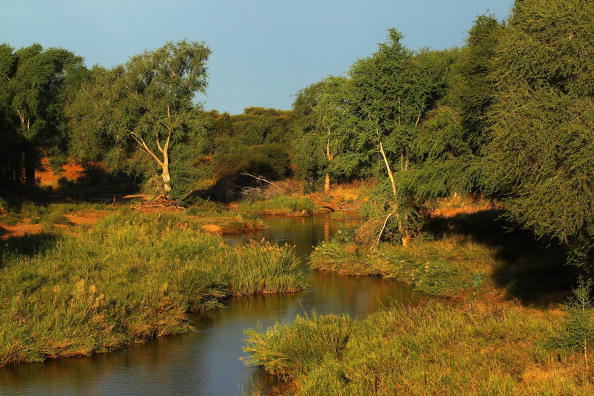 The Luvuvhu river that runs through the Pafuri game reserve in the Kruger National Park. Picture: GETTY IMAGES/CAMERON SPENCER

As the beleaguered SA tourist industry anxiously awaits relief from sluggish government pandemic restrictions, most participants, I imagine, have used the lull to improve their operations.

This option appears to have been ignored by the country’s indisputable leading tourist attraction, the Kruger National Park. Sadly, standards in the park have been declining steadily over many years. My own observation after more than 50 visits since 1967, and those of acquaintances who are all regular visitors, are in agreement.

Having just returned from our latest and second trip in 2021, the trend continues unabated. Some of the dirt roads in the southern section were in the worst condition we have ever experienced. The Crocodile River road, for instance, is in a shocking state, with deep gashes and potholes posing an unpleasant challenge to us in our saloon car and, I am sure,  even to some of the 4x4 brigade.

It is blatantly clear that little or no grading had been done on many roads we used.  The odd patches of gravel did little to improve matters. Fallen trees, which sometimes covered most of the road, were left neglected for days while bush encroachment was evident in parts.

The very good Nthandanyathi hide near Lower Sabie appears to have been abandoned and has been closed for more than a year “for repair”.

In three visits to the park in 2020, we found that logs laid across the entrance road had been moved by motorists, giving free access to any visitor. We never saw a park sign, and drove to the hide, where the gate was wide open and part of the thatched  roof had collapsed.  I know for a fact that a python had been seen curled up inside the hide.

Added to this has been the steady deterioration of the general accommodation in the park, which we avoided several years ago in favour of private estate lodgings outside the Crocodile Bridge gate. We became tired of  badly maintained and often dirty cottages, and missing kitchen utensils.

I wrote many letters to the park on these issues. All were acknowledged politely, but little action followed. Kruger Park needs to buck up if it wants to maintain its reputation as one of the world’s greatest parks — for its own sake and that of the SA tourist industry as a whole.

Yes, it is really about the animals and the wonderful scenery and atmosphere. That is why we keep going there. But here there are also challenging problems, particularly poaching and the explosion of the elephant population. But that is another story.

SANParks says it is closer to implementing lie detector tests, but no date has been set yet
National
1 year ago