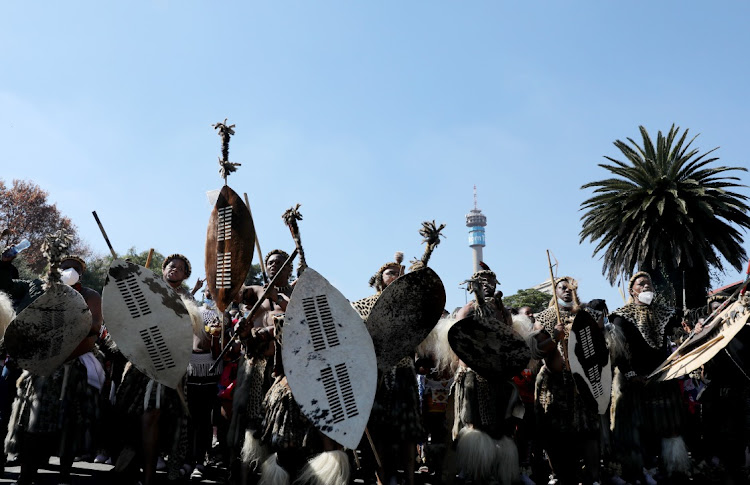 There is a saying: “Where there’s a will — there’s usually a relative.” The Zulu royals have clearly been studying at the University of the ANC, taking lessons in fighting for money.

The problem, of course, is the late king’s many wives and dozens of children all wanting a piece of the action. This raises again the question of royalty in a unitary state that is a republic. In a democracy royals should have cultural significance only, and be prohibited from engaging in actions that are contrary to the rights of people under the constitution.

The feudal practice of residents paying rent on tribal trust lands should be discontinued and the number of royal family members dependent on the public purse subjected to strict limits.

A war is brewing over the late King Zwelithini’s assets, with tempers heightened by suspected forgery and rumours of poisoning
Opinion
1 month ago

BIG READ: The cruelty, violence, absurdity and hope of 1986