LETTER: Zuma and Trump much the same 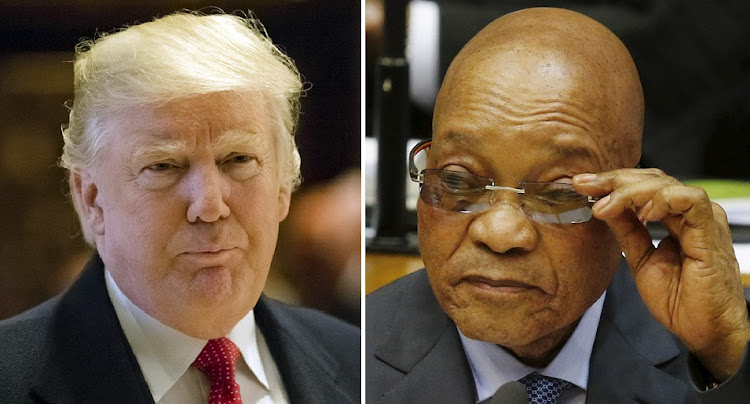 There are distinct similarities between Jacob Zuma and Donald Trump. Both relied on a narrow, mainly rural base; both served their own interests; both were divisive influences; and do not care how the wider world views them.

Due to the deep divisions in both countries, both current leaders are not enjoying the popularity ratings their performances deserve. This logically affects their ability to push through much-needed government reforms. In both SA and the US civil society is taking a stand and government institutions are regaining ground after years of sabotage from the highest offices in both countries.

The legacies of apartheid and segregation are still underlying factors in the battles for unity in both countries. SA has the advantage that the previously disadvantaged sections of the population now have real political power. In contrast, political power in the US is still largely wielded by the previously advantaged, constantly blocking efforts to create a more equal society.

Like Jacob Zuma, the US president is now fighting to avoid ending up in jai
Opinion
5 months ago