Cadre deployment in state-owned enterprises and public service can never be ‘fair’, whatever the president says 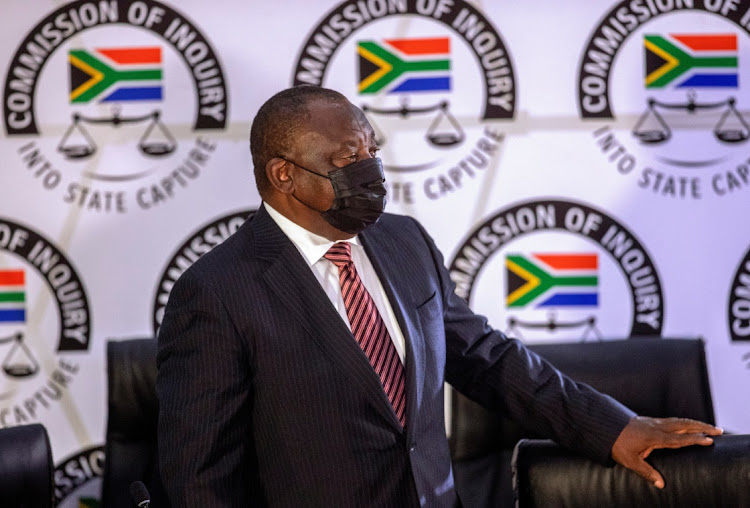 As I write this it is just after 4pm on day one of the interrogation of the president at the Zondo state-capture inquiry. While there is no danger of the president complaining (as Denis Healey once did of Geoffrey Howe) that he feels he is being “savaged by a dead sheep”, there is a need to ask the difficult questions.

The Special Investigating Unit, after a thorough investigation, referred Bosasa to the National Prosecuting Authority in 2009 for prosecution on corruption charges; Dudu Myeni got hold of the docket to thwart its completion and the ANC continued to accept Bosasa largesse in much the same way as it used arms deal “commissions” to pay for its 1999 election campaign.

The proceeds of a crooked Eskom deal with Hitachi via Chancellor House, the ANC investment arm, ensured more of the same. Hitachi paid a huge fine in the US for doing the Hitachi Power Africa deal, but the ANC has sailed on untouched and uncaring. No other political party raids the national purse for funding. Accordingly, no election after 1994 has been truly fair due to the ANC propensity to do so.

How cadre deployment in state-owned enterprises (SOEs) and public service can ever be “fair” (the president’s aspiration) when cadres of the ANC make up one sixtieth of the population from which to draw the talents and skills required, has not yet been touched on and should be clarified.

Transformation to a non-racial society does not involve the ANC’s aim of securing hegemonic control of all levers of power in society. (Society, mark you, not just the state). ANC cadre deployment committees that meet in secret to determine their loyal cadre favourites are not, and never can be, compliant with the constitutional requirements of openness, accountability and responsiveness in the governance of our multi-party democracy under the rule of law.

A new order that is supposed to respect and protect the human rights guaranteed in the bill of rights, including the right to fair labour practices that non-cadres should, but don’t, enjoy.

The truth is that the values and principles that ought to inform the public administration and governance of SOEs are a dead letter on the ANC’s watch. The public administration is obliged to carry out the lawful policies of the government of the day, not work towards ANC hegemony, a hegemony that is deeply and darkly inconsistent with the constitution.

The ANC’s compliance or non-compliance with all of the provisions of section 195 of the constitution needs to be interrogated in detail if the commission is going to get to the bottom of the malaise in SA that is caused by the ongoing and relentless deployment of cadres.

These cadres are inherently conflicted because they owe their first loyalty to the ANC, which sets them to work to undermine the nation’s constitutional project. The ANC is and remains hell-bent on pursuing its national democratic revolution (NDR) instead of implementing the constitutional dispensation that is supposedly the supreme law of the land. The rule of law, the hollowed-out state institutions and the welfare of the people are the casualties of the revolutionary zeal of deployed cadres.

Putting an immediate end to cadre deployment in SOEs and public service and recognising the unlawfulness of the NDR should be among the recommendations of the state-capture commission.

Cyril Ramaphosa, in his capacity as ANC president, is giving evidence to the state-capture commission
National
9 months ago

The president has, though, conceded there are ‘instances’ where it has gone wrong
National
9 months ago