LETTER: Only his allies get dignity of their names in Cronje’s defence of Habib 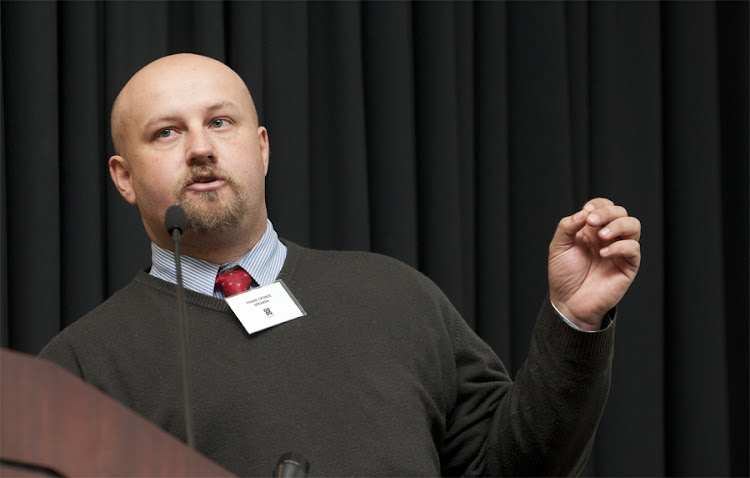 In defence of Adam Habib, Institute of Race Relations (IRR) CEO Frans Cronje invokes the notion of a “mob” (“The mob hounding Adam Habib must be challenged,” March 29). This notion is part of a violent colonial racist tradition of rendering people, particularly black people, invisible. Instead of seeing people who have been, and are still, at the receiving end of unequal power relations, racists and their sympathisers see a mere aggregate of aggrieved bodies who purposelessly cry victim and believe they are entitled to everything.

To render someone invisible is to absent them in their presence; it is to “unsee” them as human. It is to dissolve them into anonymity, like potatoes in a sack upon which the racist, patriarchal, misogynistic, homophobic and transphobic powers-that-be can act as they wish. Therefore, for that which is “thingified”, as Aime Césaire would say, to stake claims and rights, to speak even if it is to say, “you are hurting me”, is totally uncalled for. It irritates those who believe they have the right to treat them anyhow.

What angers people like Cronje is that the “subjects”, the “slaves”, are exercising their agency and courageously staking their claim to be human. If it was possible for Cronje to mention Jonathan Jansen and Justice Malala, it should have equally been possible to identify just a few people who openly came out against Habib. But alas, everyone against Habib is seemingly part of a mob and only his allies are given the dignity of being called by their names.

To sweep real human beings who feel offended or violated by people whose ideas and attitudes are justified and glorified by the dominant power structure under the parapet of invisibility is to blatantly dehumanise them. It feeds into the ontological grid and hierarchy that anchor an anti-black racist order. There is some eclecticism in Cronje's argument. Its limitations, especially in the hands of someone who makes a case in bad faith, is that it makes it possible for them to conveniently rally backup arguments from so wide a source that in an attempt to be seen to be saying something, especially when they feel an ally is attacked.

This is the case with Cronje. He moves from the argument of intent — “Intent must matter, and it is indisputably clear that Habib had no malicious or harmful intent in what he said...." — to a scholarly claim that “it is clear that Habib was simply participating in an academic debate, which is a perfectly good and reasonable thing to do, and central to what universities do”.

Cronje ends his gratuitous gush of vitriol against “the mob” by saying that what is at stake is “whether there is a future for the free articulation of ideas and debates in academia and society more broadly”. What is at stake, I argue, is not merely the future of the free articulation of ideas and debates, but black life itself in an anti-black racist society sustained by the likes of Cronje and the IRR. We deserve better.

Molaodi Was Sekake
Via e-mail

Nothing stopping Wits from becoming the next Stanford, says new vice-chancellor