LETTER: Is the youth just waiting for the old guard to die off?

With so many alternatives to having your voice heard, I sincerely hope there is a strong band of our youth finding their way to the fore that wants to push for inclusivity 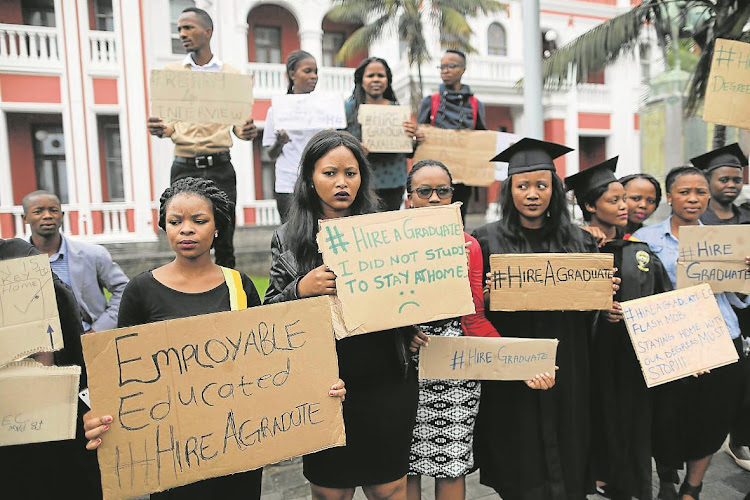 Paul Hoffman’s letter was an excellent shot of encouragement to those in the ANC who want the integrity and status of the party to shine once more (“ANC rules require Ace Magashule to stand down,” December 9).  However, Peter Bruce’s article on the same page lets us see just how far from reality any hope of Hoffman’s shot having any positive effect really is (“So the ANC is more united than before against the corrupt — really, Ramaphosa?", December 9).

The problem is the lack of young people standing up shouting for their future. Are they just waiting for the old guard to die off, or have they accepted this is how it is? I find that incredible in today’s world of Twitter and instant fame. Can we not see the need for real unity in the country, a country where you are born free and unencumbered by the past? I guess it is that last bit that is the drag on it all.

How do we deal with that better than we have? As a parent of two “born free” South Africans, I stress that they continuously have to justify their citizenship or right to be treated equally in the land of their birth. If I raise my voice about it or say all lives matter, I know which corner I will be sent to. I don’t want that fight: I realise black people need to be heard, that white people have been privileged and that we need to bring the poor and rich closer together. Is there a better cause in town?

Does it suppress white people? Current legislation certainly does, but again, wrong fight. The one I want to put my heart and soul behind is a united nonracial SA, one that is head and shoulders above the rest of the world when it comes to dealing with such a diverse culture. The average man on the street, shopping mall or township does not seem to worry about what race you are; they are more concerned with getting on with life and trying to do better for themselves.

It is the self-serving politicians that seem to get in the way all the time. With so many alternatives to have your voice heard I sincerely hope there is a strong band of our youth finding their way to the fore that wants to push for inclusivity. In the meantime, I will continue to paint a rosy picture of a future SA to my children and hope their eyes don’t start rolling in their heads.

Questions about land rights, financing and feasibility remain unanswered amid doubts the promised benefits will ever come
World
4 months ago

After an initial slump in the number of protests around Africa as a result of Covid-induced lockdowns, citizens have again returned to the streets — ...
Features
4 months ago

JUSTICE MALALA: SA is burning from the top down