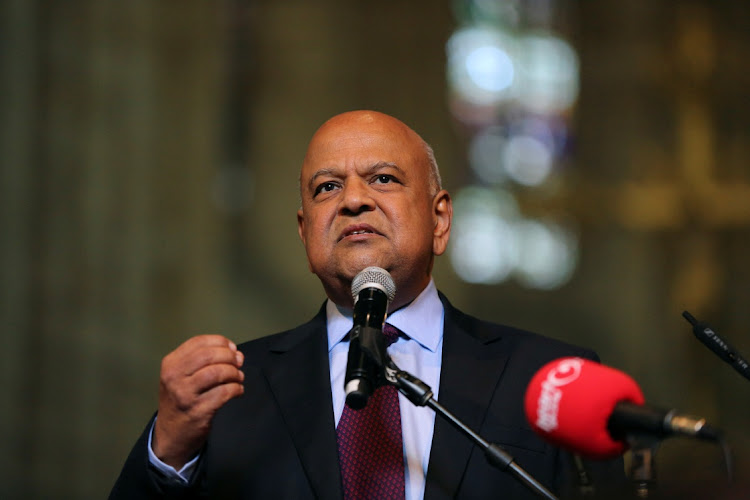 Trade unions accused the department of public enterprises of being dishonest and derailing SAA's rescue process. Minister Pravin Gordhan has tried to persuade all parties to support the plan. The effort included a leadership compact with unions. Picture: REUTERS

Once the Treasury had slammed the door in Pravin Gordhan’s face when he requested R9bn to conclude SAA’s “business rescue” (unsurprising given that it doesn’t even want to pay Denel’s wages), the public enterprises minister approached the banks for funding instead.

Subsequent delays in concluding a funding deal are not surprising, as a significant part of the sum consists of grossly inflated retrenchment packages to previously disadvantaged unionised staff. They were bought off by Gordhan, who at the time the business rescue deal was done had no compunction about throwing additional taxpayer money at them to secure their support, thus creating an unhelpful precedent.

The banks agreed to the business rescue deal mainly to finalise the recovery of their existing loans, so why should they suddenly be keen to extend fresh ones to a business that has lost money for years and whose future, given Covid-19, is anything but bright?

During the continuing Covid-19 disaster, my company applied for a bank loan to buy production machinery. We have been clients for 25 years and have more than enough in our account to cover the machine cost. However, like all businesses, we need to manage cash flow. We were turned down. If taxpayers like us are refused small loans, why should SAA, given its previous history, be eligible for one many times the size?

Small businesses are the foundation of a successful economy. They cannot run to “the minister” when the cash runs out. They pay the tax that allows the government to function. Yet, despite all the fine political words, bankrupt government enterprises always seem to get assistance — thus far, anyway — while small private businesses struggle. It should be the other way around.

STUART THEOBALD: Why keep up the SAA charade?

The directors-general of the department of public enterprises and the Treasury have met with banks to persuade them to provide R5.3bn immediately
National
10 months ago
Next Article

LETTER: They don’t make public thieves like they used to

LETTER: They don’t make public thieves like they used to