None of the proposals put forward are viable or attractive 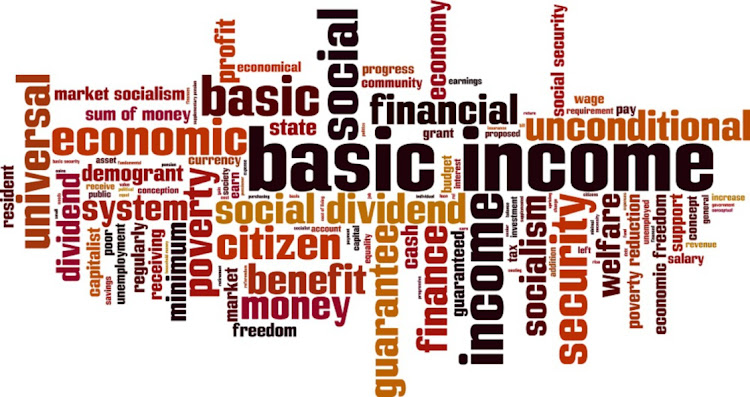 “This is a debate about whether it’s best to jump out of a burning building from the 10th or the 20th floor. While you might make a bit less mess from the 10th floor, the outcome is materially the same. Another approach is required.”

This is how Intellidex, a research and consultancy house, summed up the debate about whether SA can afford basic income grants after the pandemic deepened the country’s income inequality, poverty and unemployment and plunged swathes of society into dire, urgent economic need.

To be sure, we sympathise with the idea of addressing the material needs of those who have been tossed into poverty and those who may never find jobs in the age of machine-automated work.

To begin with, more than 10-million people are scrambling for survival after the pandemic crushed SA’s already weak economic prospects, forcing industries to embark on large-scale retrenchments that pushed the unemployment rate to a historic 35%. It could get worse. The IMF has forecast the jobless rate will reach 40% in six years, a reflection of prospects for the economy that economists at home and abroad estimate will grow at an average annual rate of less than 2% during the period.

Second, it will be a while before SA reaps the benefits of the reforms, including the auctioning off of radio frequency spectrum earlier in 2022 and the sweeping energy overhaul policy announced this week to alleviate power cuts. Waiting for such reforms, which should of course be complemented with the broad-based removal of regulatory barriers to investment, sets us up for more violent civil unrest.

Who can forget how protests against former president Jacob Zuma’s jailing boiled over into general anger about everything from inequality to poverty? That left hundreds of people dead, dozens of businesses torched and looted, and investors wary of pumping money into a country that needs the private sector more than ever to lead an economic recovery.

Still,  it would be reckless to implement the basic income policy in the country based on available proposals about how to fund it.  Most of them do not seem realistic.

One of them is finance minister Enoch Godongwana’s idea to cut spending further, an idea rightly shot down by the Intellidex report, which was commissioned by Business Unity SA and Business Leadership SA, as politically or technocratically not viable because there’s no “free fat” available any more and the cuts over the past few years are threatening an irreversible breakdown of the social contract.

The deep budget cuts, first announced in 2020 for three years by former finance minister Tito Mboweni, are becoming obvious in the lives of people on the ground, triggering protests over lack of water, electricity and housing, and organised labour demanding double-digit wage increases.

The second option is to tap capital markets for cash. That too is a bad idea. For one thing,  SA debt as a proportion of GDP is already dangerously high, a measure of a country’s financial health closely watched by ratings agencies. The ratio of debt to GDP has surged nearly three times between 2008 and 2022 to about 70%, meaning the debt service counts now eat nearly a fifth of revenue compared with less than 10% 12 years ago. That money could have gone to other socially and economically productive spending by the government.

The third option is to raise taxes: VAT, personal income tax and corporate income tax — the three instruments that account for almost 85% of all tax revenue. Except for VAT, the idea of raising taxes for individuals and companies would cement SA’s place among countries with the highest tax rates, potentially trigger emigration of highly skilled individuals, floor companies and threaten the long-term stability of the tax system. We don’t want that.

Raising taxes on services and goods, or the VAT rate, could help as it is the least distortionary and would move the country closer to the rate other developing countries charge. But it risks stoking inflation and its regressive feature makes it impossible politically, unless the ANC wants to make its vast low-income support base easy pickings for the EFF.

There has to be another way.

VAT hike to 17% is ‘the least bad option’ to fund BIG, research shows

Tax hikes the only way to fund a basic income grant, report says