Not only are extensive prosecutions called for, swift and bold action is needed to repair institutions 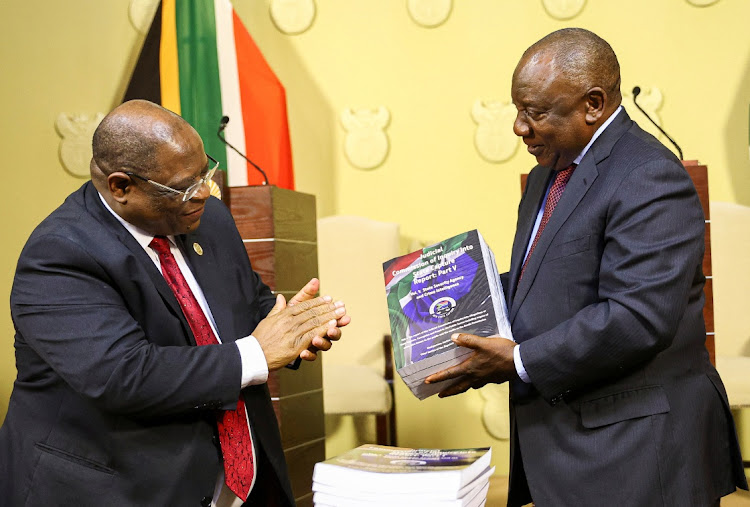 Much has been said about the Zondo commission reports and there is much still to be said, as analysts, journalists and leaders in politics, civil society and business scrutinise the commission’s voluminous series of final reports.

But SA didn’t spend more than R1bn of taxpayers’ money on a four year-long commission of inquiry just to have a Truth and Reconciliation Commission-style cathartic process, important as that might have been. Now that the commission has completed its work and its more than 5,000-page report, SA needs this to drive speedy and decisive action, in at least three areas.

First is in the area of law enforcement. The process will have come to naught unless it results in extensive prosecutions, and convictions, across the entire range of criminal activity that the commission has pointed to — from fraud and racketeering to tax fraud and money laundering.

The Zondo reports and recommendations have provided extensive evidence to enable the National Prosecuting Authority (NPA) to push ahead with charging and prosecuting the many people the commission has identified. The NPA need no longer procrastinate as it has a horrible habit of doing. It has made a decent start already by charging senior executives related to the capture of Transnet and others. We need to see a lot more of that, more quickly. Former president Jacob Zuma’s usual Stalingrad tactics and calls to challenge Zondo’s findings cannot be allowed to delay the process.

Nor is it just about prosecution. The tax authorities should already have been looking closely at the affairs of those that have been cited and will hopefully be able to hit them for a fair bit of tax and penalties owed. Likewise, the state-owned enterprises (SOEs) that were ripped off by those involved, with Eskom and Transnet already having gained back billions.

A second area in which action is sorely needed is in the governing party itself. The ANC and main office bearers, including the president himself, have a lot to answer for — as the commission has made clear. The party ought to be doing a great deal of self-reflection, politically contested though it surely is.

The commission has pointed to profound deficiencies in the way it governs itself and the country, including for example the way in which its deployment has damaged the government and public sector institutions. SA will be looking to the ANC to take heed and to make big changes to the way it does things, not just talk endlessly about regeneration and the like.

Third, and crucially, we need swift and bold action to repair the deep damage that state capture has done to the fabric of SA’s public institutions. The commission’s reports have detailed the capture of public entities such as the State Security Agency and the SA Revenue Service as well as of big SOEs including Transnet, Eskom and Prasa.

Huge damage was done to those institutions, hollowing out their capacity and culture as well as in some cases costing them billions lost to corrupt tenders. That damage, particularly to the SOEs that provide crucial network infrastructure, was one of the factors that caused SA’s “lost decade” of economic growth and the tragic levels of unemployment and inequality that went with this.

For SA to get back on the path to growth, it needs to show that it can and will combat the kind of corruption that the Zondo reports describe, corruption that threatens to become endemic with or without the Guptas and their friends. But even more urgently it needs to repair and rebuild the institutions that have been damaged.

It is the SOEs whose repair matters most for growth. The commission has made a series of recommendations, many of which are around remedying the governance of these enterprises to ensure that they cannot be undermined by political interference and that they can appoint people on merit who can run them. A start has been made in recent years to installing new, clean leaders in these organisations. But it’s not just about governance — the government also needs to look at the mandates and procurement processes that shape the environment in which the SOEs operate to ensure they can do so efficiently and deliver the services SA needs.

ANC is preoccupied with self-interest and factionalism, says David Makhura

The ANC Gauteng conference is expected to elect a new provincial leadership, with Lebogang Maile and Panyaza Lesufi expected to battle it out for the ...
National
1 month ago

JUSTICE MALALA: Zondo was worth that R1bn — and more

The commission has proved that our country — despite its many challenges — still seeks light over darkness, accountability over impunity, and right ...
Opinion
1 month ago