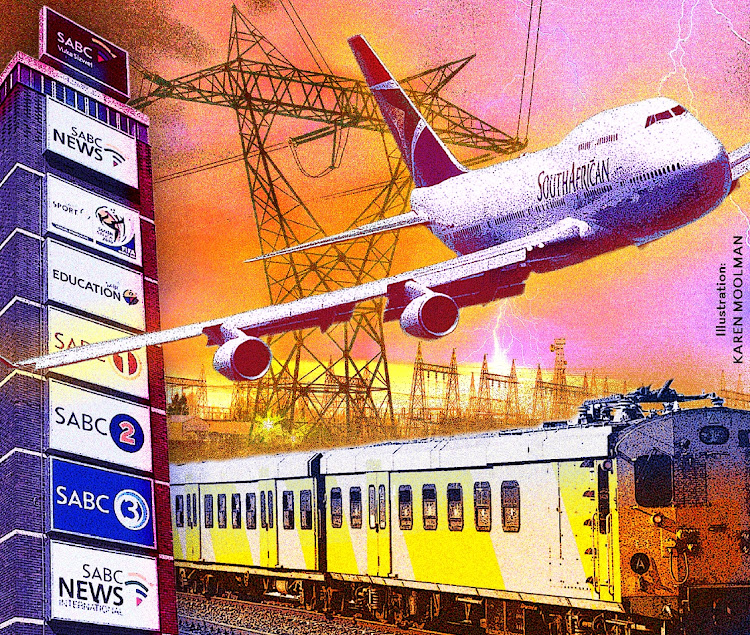 The wheels of government turn tortuously slowly. Nowhere is this more evident than in its dealing with the failing state-owned enterprises (SOEs) which have been draining state coffers for years.

The governance of SOEs was eroded during the state capture years when they were looted to favour the Guptas and their associates. Several are still struggling to overcome this legacy. Cash-strapped arms manufacturer Denel is in repeated need of state funding, the SA Post Office is crumbling and the Passenger Rail Agency of SA faces complete collapse and needs an injection of capital.

Lots of promises have been made to sort them out and supposedly there are lots of plans on the table but little progress has been made.

Finance minister Enoch Godongwana said in his National Treasury budget vote speech last week that the Treasury would lay down criteria for the funding of SOEs. Where are they? Godongwana had already promised in November that tough love would apply to the funding of SOEs, which would have to meet specified conditions to be bailed out by the state.

Six months later there is no sign of the conditions, or the criteria, which would put an end to their dependence on the state to keep rescuing them.

Some progress has been made, with the proposed sale of a 51% stake in SAA to the Takatso Consortium, while Transnet has made moves to include the private sector in some of its operations. Steps have also been taken to improve the governance of SOEs by the appointment of competent, honest directors to their boards.

Finding a solution for Eskom’s intractable R392bn debt problem has taken an inordinately long time with Godongwana now saying that details will be provided in the medium-term budget policy statement later this year. Relieving Eskom of some of this debt burden is critical to establishing it on a sounder financial footing. Some progress has been made with the unbundling of the power utility, with the establishment of the transmission company which will purchase electricity from independent power producers.

However, progress on overall policy on the architecture of the SOE sector has been slow. The presidential state-owned enterprises council, which was appointed in 2020, has recommended that the government adopt a centralised shareholder model for commercial state-owned companies.

It’s hard to see how this would address the operational failures at Eskom or Transnet in the short term, so this is no quick-fix. But it could help to hold these companies to account. It could make it easier in the medium to longer term to introduce private sector partners or shareholders to the SOEs, or sell them.

In his state of the nation address in February President Cyril Ramaphosa said the proposed shareholder model would separate ownership from the state’s policymaking and regulatory functions, as well as minimising the scope for political interference. Preparatory work to establish a state holding company had begun. The SOE council will also recommend which SOEs to sell, which to retain and which to consolidate, he said.

Public enterprises minister Pravin Gordhan told us again in his budget vote speech on Friday that progress had been made. A shareholder bill will be submitted to cabinet for approval. The necessary legal documents to establish the holding company are being drawn up.

But it all takes forever. SOEs such as Eskom and Transnet have been weighing on the economy for the longest time. Their inability to supply electricity or get trains to port on time is the key constraint to growth and investment.

The government needs to act with much more urgency on SOEs if SA is to achieve the economic growth it needs to create jobs and cut poverty.