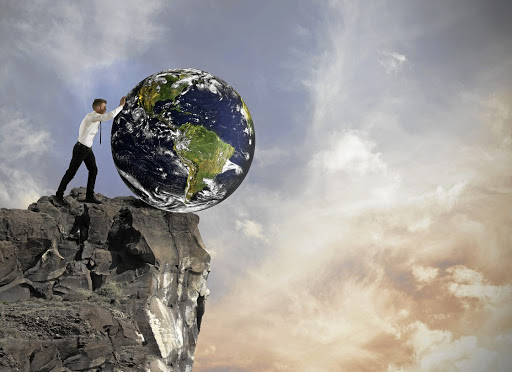 The most comprehensive stocktaking of the effect of climate change on the planet and our response to it shows that the gap between what should be and what is has continued to widen, even as time for action is running out.

The Intergovernmental Panel on Climate Change this week released the third and final instalment of reports to be included in a synthesis report of its sixth assessment cycle. The synthesis report will be used at a meeting of the UN Framework Convention on Climate Change in 2023 when countries will review progress towards the Paris Agreement goals, including the goal of keeping global warming to well below 2°C while pursuing efforts to limit it to 1.5°C.

The three working group reports each show that progress has been lacking and that the goal of limiting warming to 1.5°C is moving out of reach.

The first report, which focused on the physical science basis, said the global temperature will continue to increase until at least 2050 under all emissions scenarios, and global warming of 1.5°C and 2°C will be exceeded during the 21st century unless deep reductions in carbon dioxide (CO2) and other greenhouse gas emissions occur in the coming decades.

The report found that the scale of recent changes across the climate system are unprecedented over many centuries and the effect of this can be seen in many weather and climate extremes in every region across the globe.

Already, many changes due to past and future greenhouse gas emissions, such as sea level rise, are irreversible for hundreds and perhaps thousands of years.

The second report zoomed in on some of the consequences of inaction. It said the world was about 18 years away from experiencing global warming of 1.5°C, and that exceeding this threshold was now almost certainly inevitable, given that countries were unlikely to act fast enough to prevent temperature rises from exceeding this limit.

Limiting the global temperature rise to 1.5°C would require the world to cut emissions 45% by 2030 and achieve net-zero emissions by 2050. However, according to current commitments, global emissions are set to increase almost 14% up to 2030.

The report also gave some insight into what life will be like in the southern part of Africa as temperatures rise. For children born in Africa in 2020, 1.5°C warming will mean being exposed to four to eight times more heatwaves compared with people born in 1960.

In the third report, the focus is on what must be done, and it is bad news for fossil fuels and countries like SA that have been less than enthusiastic about minimising reliance on dirty energy.

Limiting global warming to 1.5˚C would require global greenhouse gas emissions to peak before 2025 and this would leave a substantial amount of fossil fuels unburnt. For SA, this means leaving a lot of value in the ground. Coal accounts for about half of the gross in-situ value of SA’s known mineral reserves, estimated at $9.6-trillion (R140-trillion). The country’s coal miners and minerals & energy minister Gwede Mantashe are somewhat insulted at the suggestion that this natural endowment should remain untouched.

It remains to be seen if the renewed urgency with which EU countries are seeking alternatives to the contribution that Russian gas and coal make to their energy supplies will result in a delay or acceleration of their transition to renewable energy.

There is, however, growing consensus that investment in renewable energy is now the cheaper, less risky option. According to the IPCC, between 2010 and 2019, the unit cost of solar energy decreased 85% and wind energy 55%.

As regulations change and the cost-competitiveness of renewables becomes clear, the risk of investing in fossil fuels as a source of energy starts to outweigh the economic benefits of exploiting resources like coal and gas.

The tools and know-how required to limit global warming already exist. The risk of not acting immediately is clear. Not only has the world run out of time to respond to climate change, it has also run out of excuses.

New scientific report says world will have to cut global emissions by 45% before the end of this decade to keep global warming within the ...
National
2 months ago