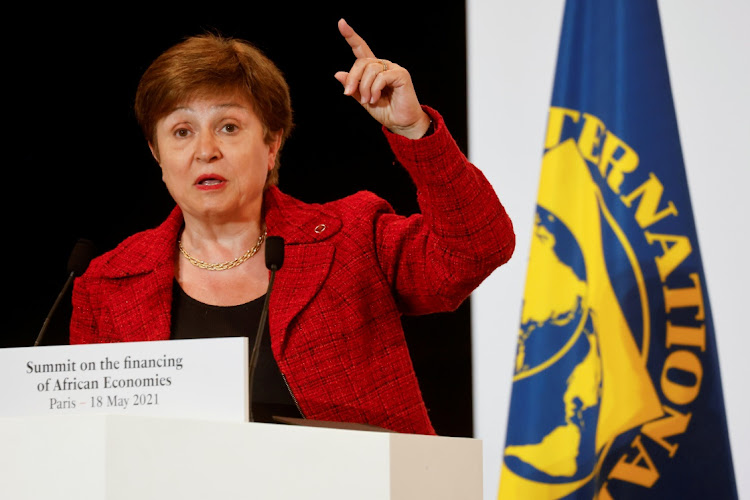 It was in September 2019 that President Cyril Ramaphosa addressed a seminar on the “ease of doing” business during an event hosted by the World Economic Forum on Africa, pledging to increase SA’s ranking.

Ramaphosa noted then that SA ranked a poor 82nd place out of 190 economies in the World Bank’s influential Ease of Doing Business Index, and said the government had set itself a target of rising to the top 50.

That speech spoke to the value and prestige that governments across the world attached to the report, which purported to rate the business environment of countries. Then things fell apart, and the aftermath threatens the job of one of the most influential figures in international finance, International Monetary Fund (IMF) head Kristalina Georgieva. It has also cast a shadow over the IMF-World annual meeting that started on Monday.

From just its name, it’s obvious why the report is so important to governments, especially those in emerging markets. It ranks countries on a range of metrics, such as how long it takes to a register business, land rights, labour legislation and the impact of corruption.

It would be naive to suggest that it is the only, or even the main, thing that influences investors’ perceptions when they decide where to deploy capital, but its influence is without doubt. Even more so when one reads the lengths that China, the world’s No 2 economy, allegedly went to for a higher ranking.

In a report prepared for the bank and dated September 15, law firm WilmerHale made uncomfortable findings that led to the institution disowning the 2018 and 2020 versions of the Ease of Doing Business publication.

WilmerHal noted that the 2018 version of the World Bank report was compiled at a “sensitive” time when the bank was going through a capital raise. China had complained about its rating, and things were not about to get better. It was set to drop to 85th place, from 78th.

WilmerHale’s report alleges that Georgieva, then CEO of the bank, and other senior officials put pressure on researchers to “manage the political side” and get China’s ranking higher. The intellectual integrity of the exercise was compromised through various interventions, such as changes in methodology, helping to push China up to 70th.

Then the law firm goes on to talk of a toxic culture where staff members felt bullied. Georgieva, who has won praise for her efforts in helping economies navigate the impact of Covid-19, has denied all the accusations and has said WilmerHale did not give her a proper right of reply.

By Monday it was unclear how the episode was going to end with the IMF’s shareholders said to be divided. The US, which holds about 17% of the IMF’s shares, was said not to be among her supporters. The Financial Times also said that Japan wanted her out.

The newspaper reported that she had broad support in Europe, with Russia and China also on her side. Various African countries have voiced their support for the IMF boss, who has been an effective spokesperson for the need to have a Covid-19 response that helps the poorest countries, whether through equitable distribution of vaccines or financial aid. It was just seven weeks ago she announced that the IMF will distribute about $650bn in new special drawing rights to its members.

Whatever happened, the bank will need to act aggressively to restore the credibility of the report, which was an important incentive for governments, sometimes deaf to advice from local institutions and businesses, to pursue reforms. As the Financial Times has argued, it might be better to use it merely as a recommendation of desired policy rather than a ranking that has helped make it a tool of geopolitics and national competition.

Trudi Makhaya, economic adviser to Ramaphosa, was right in saying that SA would look beyond the furore and concentrate on the reforms that the country has decided are important for their own sake. Who can argue against tackling obstacles to investment and cutting red tape?

The International Monetary Fund will retain Kristalina Georgieva as its managing director following a review of allegations made during her tenure at the World Bank. Bloomberg’s Joe Mathieu reports. Source: Bloomberg

This form of government at municipal level is vulnerable to falling apart, to the detriment of citizens
Opinion
10 months ago

If the ANC fares badly, a campaign against the president will almost certainly start immediately
Opinion
10 months ago
Next Article