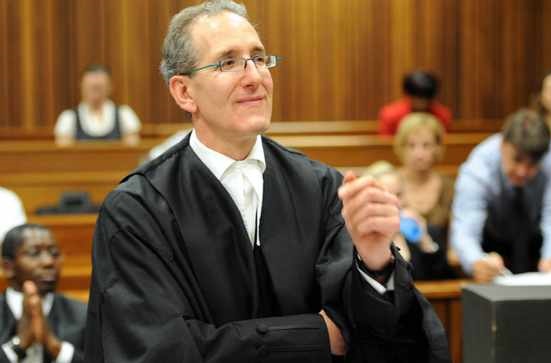 The interviews of potential judges for SA’s top courts prove that the country’s legal practitioners run the gamut from the sublime to the ridiculous. This would be comic if the consequences weren’t so solemn.

That the likes of advocate Keitumetse Mogale have had an audience with the Judicial Service Commission (JSC) is galling. Mogale’s interview on Tuesday evening was a sheer low point. She hummed and hawed in reply to a question on the Plascon-Evans rule,  which dates back to a legal ruling in 1984. She was next stumped when asked to define parliamentary sovereignty and constitutional supremacy.

It is perplexing that she is in the running for a job as high court judge in SA’s busiest province.

Contrast her with candidates of the calibre of Gauteng high court judge David Unterhalter, whom the JSC omitted from its shortlist for the Constitutional Court bench. To some practitioners his exclusion is scandalous, considering his pedigree as a jurist and scholar. The JSC’s exclusion of Unterhalter and silk Alan Dodson has triggered cries in some legal circles that identity politics have trumped merit. Those of us who appreciate the imperative to transform the judiciary, including at their very zenith, recognise nothing prevents Unterhalter from running in future. Except, perhaps, his possible reticence after the JSC’s egregious interviews in April with outgoing chief justice Mogoeng Mogoeng as chair.

In a lighter moment during Unterhalter’s protracted interview on Monday, he recalled pro bono work for the EFF. He reminded EFF leader and JSC commissioner Julius Malema all he ever asked for in return was a red beret, which he was yet to receive. Laughter swelled, including from first-time JSC chair and acting chief justice Raymond Zondo. Come the end of his interview, Unterhalter was without a nomination or a red beret.

JSC commissioners bear immense responsibility in terms of the legitimacy of SA’s constitutional democracy. There is concern over the number of politicians on the JSC, and worries they drive party agendas. To what extent this is so and constitutes a problem is open to debate. Critically, though, the JSC’s very existence derives from the constitution.

Section 178(5) empowers the JSC to advise government on judicial matters and the administration of justice. It is a creature of statute with fundamentally constitutional DNA. Thus, members must serve the interests of democracy at large not narrow political interests. It is true that this time the JSC conducted itself with far more gentility than it did in April.

But concern about the future of this key decision-making body persists. The JSC’s powers and responsibilities are immense. They must ensure those who preside over cases in the Constitutional Court, appeals court, high courts and specialist courts are stellar jurists. And this week shows that they scrutinise extrajudicial qualities too.

It is highly unlikely there will be any respite in politically loaded cases any time soon. In fact, the prospect of escalating lawfare is probable, especially with a local government election approaching. This rule of law has been subject to a stress test: there was the failed insurrection after former president Jacob Zuma was jailed in early July. No truly prominent instigator apparently known to the state has been brought before a court of law.

The purpose of the JSC’s deliberations is selecting judges with the requisite skills to take decisions on various benches. On one hand, this is what the sittings are all about. On the other, they demonstrate commissioners’ concern about the administration of justice. Sessions have revealed prevailing issues in the legal field. These include slow handing down of judgments, bias in private sector briefing patterns, interviewees’ social consciences, and sector transformation on grounds of gender and race.

In chairing the process, Zondo has demonstrated leadership.

While there were some improvement, the JSC still  couldn’t bring itself to improve its shortlist to the president, excluding possibly the strongest interviewee. Consequently, the JSC’s credibility and judgment remain in question.

Angela Merkel might not have made headlines in Africa, but the question of who replaces her will be significant
Opinion
3 weeks ago