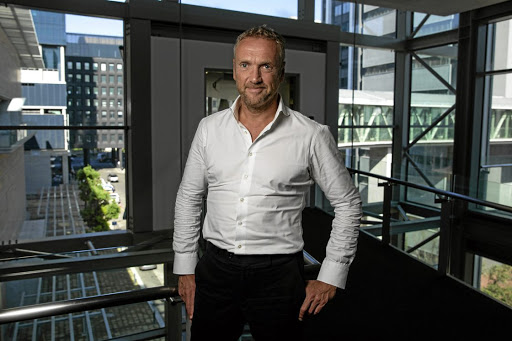 For a company that flaunted a hefty $15bn war chest, one can be forgiven for thinking Prosus would be gung-ho in the M&A scene. No such thing.

It is not uncommon for deep-pocketed, high-profile companies to use special purpose vehicles under a different name to pitch offers so that sellers would not use publicly available information about their M&A budget or balance sheet strength to demand higher prices.

But Prosus did not fall back on such tricks, making a bid as one of the world’s biggest tech investors alongside Facebook, Alphabet and Softbank that valued BillDesk at about 20% its revenue for the year to the end of March — well below 90 times the revenue for Dutch rival Adyen and closer to well-established payments giant PayPal, whose more than $330bn market capitalisation values it about 13 times its revenue.

You would think the price would be at least next to PayTM, an Indian fintech super app that also offers a payment gateway, and one whose success has convinced investors and executives to make high stakes gambles on the country’s digitalisation. PayTM would be worth about 60 times revenue if it achieves the $25bn valuation in a stock market flotation towards the end of October.

It is not the first time Bob van Dijk, the Dutchman at the helm of SA’s biggest company by market value, has given wary investors reasons to believe that Prosus is not about to squander the Tencent windfall even as he faces pressure to show that Prosus is more than its nearly $200bn stake in China’s internet titan.

Even before the pandemic hastened the trend towards online shopping, food delivery and other technology platforms, and unleashed the search for new income streams, Prosus investors were reluctant to give Van Dijk the thumbs up when he tried to buy a large UK food delivery business, Just Eat, for $8bn.

He abandoned the deal in early 2020, but only to be back in the M&A scene a few months later after the pandemic sparked a global hunt for consumer internet takeover targets, pushing up valuations to levels that were difficult to justify for Van Dijk, who has laid out a coherent plan to build Prosus on four pillars: online payments, education, food delivery and classifieds. These categories enjoy booming demand from consumers ordered to stay at home across the world in the global fight to contain the Covid-19 pandemic.

In what is a seller’s market, shareholders would have rightly frowned upon an attempt to deploy a R120bn M&A budget Prosus flaunted in April 2020 to outbid a rival offer for eBay’s classifieds business. He had put in a $9bn cash offer.

If the reaction of the share price is anything to go by, it is the sort of capital discipline that kept shareholders on Van Dijk’s side after he unveiled the BillDesk deal, whose industrial merits are unassailable for the company that has identified online payments as the next growth area. BillDesk substantially bulks up Prosus’s payments business in India, almost tripling the total value of payments handled by the SA company’s PayU division to almost $150bn.

Furthermore, the deal hands Prosus a profitable business which makes money from a technology that allows clients from Wal-Mart’s Indian online store Flipkart to Amazon.com to accept different types of payments on their sites, as well as a bigger pool of users from which to sell PayU’s microlending service.  PayU uses payments data to help it assess the risk that a loan will not be repaid.

Unlike China, whose opaque, arbitrary regulatory environment is contributing to an investment climate that is increasingly hostile towards foreign businesses, India is friendlier and also boasts a large population. Returns will not come quickly, but given what is on offer in a country of more than 1-billion people, Van Dijk struck a shrewd deal.

Clarification: September 7 2021
The article has been republished to add to missing word in the tenth paragraph.

EDITORIAL: Absence of a taper tantrum bodes well for SA

NEWS ANALYSIS: BillDesk another piece in the puzzle for Prosus’s digital ...

NEWS ANALYSIS: BillDesk another piece in the puzzle for Prosus’s digital ...