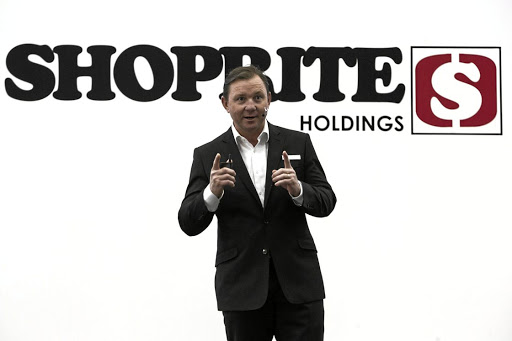 The timing of the deal is perfect. For one thing, the pandemic has not only shifted much of the shopping online permanently,  it has also turned some customers into budget-savvy consumers after multiple industries fired workers or forced employees to take deep pay cuts.

With industries such as airline, hotel, restaurant and alcohol still running on fumes as revenue-sapping restrictions remain in  place amid the slow Covid-19 vaccine rollout, it would not be unreasonable to imagine that, for many, salaries have not recovered to pre-pandemic levels, and that most of the people laid off will not be returning any time soon.

Even though Shoprite, under its Checkers chain, has launched an onslaught on Woolworths’ turf with an aggressive top-of-the-pyramid strategy in a laudable diversification drive, the deal with Massmart underscores CEO Pieter Engelbrecht’s determination to keep the company’s raison d’etre largely intact, which is that there are more people at the bottom of the pyramid than the top.

Discount retail is not popular only with consumers; companies in the sector are among the must-haves in fund managers’ portfolios. Mr Price is among the top-performing stocks on the JSE, having doubled in value from the lows of 2020 when it became clear the pandemic was set to wreak havoc on the economy.  And you are likely to find few investors complaining about the price at which Shoprite snapped up the assets, which are located at taxi ranks and rural shopping malls — the heartland of its vast budget-conscious customer base.

Shoprite scooped up the stores as valued on Massmart’s books, or net asset value — a valuation metric that takes no account of the future prospects of a business.

Granted, Shoprite is getting supermarket chains that have not been profitable: their combined losses widened from just under R300m in 2019 to more than R360m in 2020, an indication of the scale of the challenge facing Engelbrecht in ensuring that some of the more than R8bn in revenue flows to the bottom line.

It is also safe to assume that the Competition Commission, which probes all mergers and acquisitions for antitrust and public interest issues like black ownership and job losses, is almost certainly going to put in place a job cut freeze moratorium if it approves the deal. That will only make difficult any plan to push through a punishing job-cutting strategy.

That said, Shoprite boasts one of the highest profit margins in the industry, ammunition that helped it withstand an onslaught from Walmart, the intention of which was to push Massmart deeper into grocery retail with price and margin strategy when it acquired a controlling stake in the business a decade ago.

Alongside its perfected cut-price business model, the margins give it more than enough room to revive the 56 stores, as well as ensure that three other fruit and vegetables outlets in Durban, Cape Town and Johannesburg and a meat-processing warehouse keep pumping out profits.

As alcohol becomes more central for retailers, Shoprite is acquiring 43 liquor stores without the administrative hassle of having to apply for licences. The four liquor bans since Covid-19 hit SA in March 2020 have been brutal on retailers, but the stores are expected to have a bright future in the long term.

For Massmart, it is hard to dispute the logic of flogging businesses that have struggled to make any meaningful inroads on the SA grocery sector. Sometimes it is best to cut one’s losses. Massmart has been a huge disappointment for Walmart, which has since brought turnaround specialist Mitchell Slape to revive the company’s fortunes and return it to its roots as a general merchandise retailer.

The acquisition is not going to bring quick returns for Shoprite.  But consumer trends are in its favour.

EDITORIAL: Production is the silver bullet amid calls for a basic income grant

Expansion of social welfare is being pushed to counter joblessness, but with no regard for funding
Opinion
1 month ago

These enterprises deserve to be celebrated after the challenges of the past 18 months: Covid-19 and then ruinous rioting
Opinion
1 month ago

CHRIS GILMOUR: What happens to retail figures if we pretend 2020 never happened?

AYABONGA CAWE: The convenience of cashierless shopping: at what cost to labour?

CHRIS GILMOUR: What happens to retail figures if we pretend 2020 never happened?

AYABONGA CAWE: The convenience of cashierless shopping: at what cost to labour?