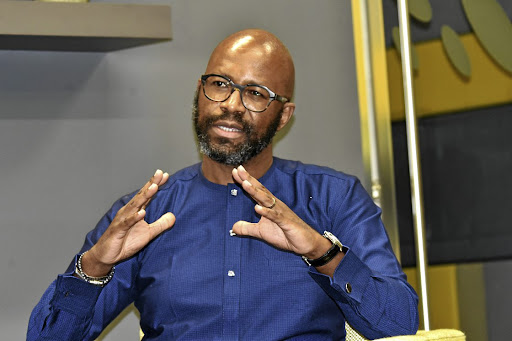 For a company with a well-received strategy to reduce risk and improve returns for shareholders, few investors disapproved of MTN’s decision in recent weeks to shun Ethiopia as the next growth area.

When Ethiopia decided two years ago to change its policy barring foreign players from entering the country, international companies including MTN and Vodacom showed interest in entering Africa’s second-most populous nation and one of its few telecom sectors still protected by a state monopoly.

However, in the end, only two companies submitted bids for the licence that would pave the way to compete with Ethio Telecom.  One of them was MTN, which put in a $600m bid (about R9bn) that was rejected as too low. That left a consortium led by Vodacom’s associate Safaricom, the biggest operator in neighbouring Kenya, to walk away with the licence for $850m.

MTN’s decision — confirmed last week when it issued an earnings report — to stay out of the auction makes sense. To begin with, what was on offer was disappointing because the licence would have prevented it from offering mobile money services.

Financial services, which allow users to transfer and receive money using their phones, is the biggest immediate opportunity for mobile phone companies, which are pumping billions of rand into this area as competition and regulatory heat keep pressure on basic telecoms services. In fact, MTN values its mobile money unit at $5bn.

Additionally, Ethiopia would have prevented MTN from bringing in third-party tower operators to build infrastructure, which is standard practice elsewhere as regulators acknowledge that mobile companies have commercial imperatives to focus on the core business of providing services rather than managing masts and towers.

Telecommunications is capital intensive. That’s no secret. Masts, towers, fibre and data centres do not come cheap. That’s the burden of building and operating a telecoms network. MTN, a dominant force in the sector, knows this.

Safaricom, whose lucrative M-Pesa mobile money platform in Kenya has convinced executives in the telecoms industry that the next growth area lies in financial services, is expected to cough up more than $8bn to build its network. That is something MTN investors  — who have been piling into the stock over the 12 months in a high-stakes bet on CEO Ralph Mupita’s growth blueprint —  would have frowned upon.

Furthermore, the economics of being a number three telecoms player would make little commercial sense for MTN, whose strategy of boosting returns and reducing risks has helped it shoot past Vodacom as SA’s biggest mobile phone operator by market capitalisation.

For example, Cell C has struggled for two decades to make consistent profits — a dismal performance that on several occasions called its viability into question. Telkom has since overtaken Cell C as SA’s number three mobile phone operator and it is firmly in the black, but the two established giants, MTN and Vodacom, are miles more profitable if one were to look at their margins.

Telkom has increased its borrowing and even stopped returning money to shareholders in service of this agenda. Against that backdrop, it’s understandable why MTN would not want to trail behind Ethio Telecom and Safaricom.

Then there is the little matter of risk. As part of a well-received and understood strategy, Mupita is in the process of exiting businesses in the Middle East region — including Afghanistan, Yemen and Iran — because they are too risky.

Had he pushed ahead with plans to enter Ethiopia, it would have raised questions about that sound plan because the East African country is caught up in a nine-month-old war Prime Minister Abiy Ahmed has been waging in the northern Tigray region against his former comrades, the Tigray People’s Liberation Front.

MTN should chase after growth but not if it is in conflict with a coherently laid out, shareholder-backed strategy to change its image as a company with an insatiable appetite for risk that cares little for investor returns.

America withdraws, having done little to secure the safety of those who co-operated with it
Opinion
2 months ago
Next Article

MTN to tone down risk-ready image

MTN to tone down risk-ready image