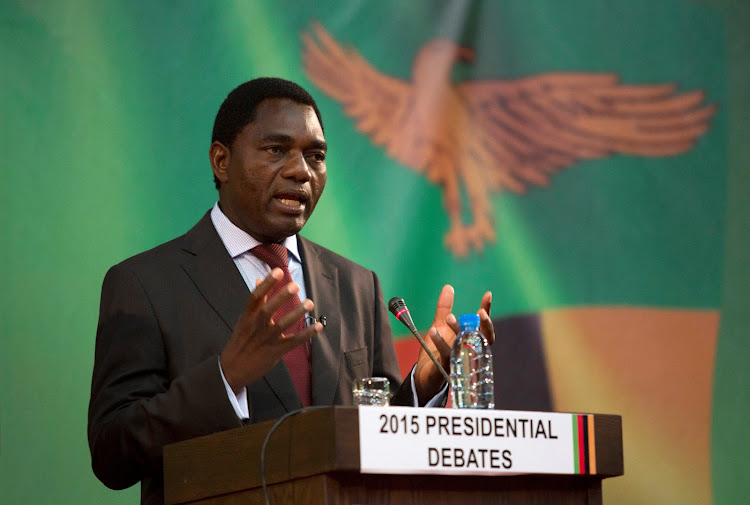 For the third time since independence from Britain in the 1960s, Zambia has marked a peaceful handover of power.

That is a good thing, especially in a world still reeling from the shock storming by hundreds of former US president Donald Trump’s supporters, encouraged by him, of the US Capitol in a dramatic bid to overturn his election defeat.

In 1991, Zambia set an example that would reverberate across the continent renowned for its Big Men — dictators who ruled by fear and repression and had never allowed themselves to be voted out, and stayed in power for decades.

It was the year Kenneth Kaunda, who died earlier in 2021, accepted with grace and dignity his defeat in the first multiparty elections that gave Zambia only its second president — trade unionist Fredrick Chiluba — since independence from Britain in the 1960s.

Over the next few years, one-party state systems that had prevailed in much of the continent were dismantled: a slew of strongmen, from Kamuzu Banda in Malawi and Mengistu Haile Mariam in Ethiopia to Hissène Habré in Chad and Andre Kolingba in the Central African Republic, were ousted at the polls.

Hakainde Hichilema, a businessperson who won the Zambian vote on his sixth attempt under his United Party for National Development opposition party this week, inherits a country ravaged by economic turmoil and on the edge of a human rights crisis. Almost two decades after receiving $6bn in debt relief under the World Bank Group’s Heavily Indebted Poor Countries initiative, the fertile, copper-producing country became the first African country to miss repayments on foreign debt during the Covid-19 pandemic as a result of overborrowing and disastrous management of the economy.

Lungu’s Patriotic Front party went on a spending frenzy when it took over in 2011, building thousands of kilometres of new roads, airports, clinics and hospitals. In the process, it racked up $13bn of foreign debt — whose servicing costs eat into much of the country’s budget and leave little for the country to spend on other services, such as electricity. This left Zambians facing blackouts lasting up to 17 hours a day.

The Covid-19 pandemic hastened the painful economic and political reckoning, hitting commodity prices — the export mainstay and the bedrock of the economy — and leading to a sharp contraction in GDP in 2020.  Under such conditions, you would think Lungu would not have been reckless enough to abruptly fire Denny Kalyalya as central bank governor in August. He did.

Hichilema, known as HH, also takes over a country that has been sadly sliding on the human rights scale. In a new report, “Ruling by fear and repression”, Amnesty International outlines how the rights to freedom of expression and peaceful assembly have come under increasing attack, particularly over the past five years, with opposition leaders and activists jailed, independent media outlets shut down, and at least five people killed by police since 2016.

For example, a year after the Patriotic Front won the 2011 election, its leader, Michael Sata, who died in office three years later and was replaced by Lungu after a snap election, tried to deregister Chiluba’s Movement for Multiparty Democracy, and came up with rules that required nongovernmental organisations to re-register every five years and be vetted by the police. He also placed family members in judicial posts.

Hichilema’s landslide victory is as much about his promises to rebuild the economy as it is about the brutal rejection by the Zambians of the Patriotic autocratic tendencies and handling of the economy. He should move quickly to reaffirm Zambia’s respect for human rights, finish talks for an IMF loan and make deals with creditors to break the country out of  its debilitating debt trap.