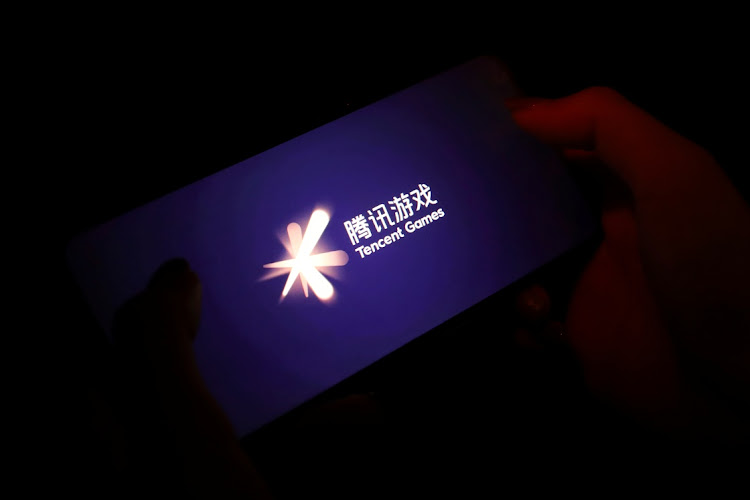 The Tencent Games logo is seen on its game on a mobile phone in this illustration picture taken August 3 2021. Picture: REUTERS/FLORENCE LO

It’s one thing for Naspers shares to follow in the footsteps of Tencent, its Chinese moneymaker in which it owns almost a third. It’s quite another if the share price drops of recent days reflect deeper existential concerns about the fate of trillions of rand in foreign investments in China’s tech industry, which is buckling under a regulatory crackdown.

Shares in Naspers, which owns a 29% stake in Tencent via its Amsterdam-listed global internet arm Prosus, fell sharply on Tuesday after a state-owned Chinese newspaper denounced online gaming as “opium for the mind”, prompting Tencent to announce plans within hours that it would introduce curbs on how long minors can play.

The share price fall, which wiped out more than R100bn, added to losses suffered in July when it tracked a sell-off in Tencent and other Chinese stocks after Beijing launched a widening series of regulatory campaigns against its vast technology  industry.

Towards the end of July, Beijing announced a decision to curtail the operations of its private tutoring industry, saying mainstay parts of the $120bn sector businesses can only be conducted on a non-profit basis. That sent shock waves through China’s stock markets, wiping out nearly R200bn in Naspers stock in two days.

It was the latest regulatory assault on the technology sector that began in December when the Communist Party’s politburo, in a top-level economic conference led by President Xi Jinping, vowed to keep “disorderly expansion of capital” under control.

In January, officials unveiled plans to force fintech services from Ant Group, a division of Jack Ma’s Alibaba, to hand over consumer borrowing data to state-owned credit-scoring agencies in exchange for minority stakes, saying the move would stem excess borrowing and prevent fraud.

Aside from raising all sorts of questions about privacy, handing over data would chip away at the commercial logic of running these businesses, as data is the lifeblood of their operations, helping them manage risk and lure new customers.

Beijing also wants Tencent and Ant to reduce the fees they charge commercial banks for finding them qualified borrowers, while also tightening its control of consumer data — hitting companies such as Didi Global, a ride-hailing platform whose app was removed from online stores and was ordered to stop adding new users.

China’s regulatory assault on the technology industry, which had free rein for much of the past decade, not only raises questions about short-term profit and a share price hit, but has put investors on a knife edge that trillions of rand in investments could be wiped out with the stroke of a pen.

What’s going to be next in China’s effort to keep the “disorderly expansion” of capital in check? When it delivered hammer blows to the tutoring sector two weeks ago, it also crafted rules that the sector will no longer be allowed to use an opaque corporate structure called variable interest entity, or VIE, a structure many Chinese companies have used to sell shares to foreign investors.

China is wary of foreign investors in key sectors such as technology, which is dominated by Tencent. It would be justifiable for investors to worry that the VIE structure for all other sensitive sectors could be next in the firing line.

Naspers owns its $200bn (almost R3-trillion) stake in Tencent via a VIE, set up for Hong Kong listing purposes to allow foreign investors to buy into the stock.

Until its comments on the education sector recently, the Chinese government has neither condoned nor explicitly repudiated the structures that allow investors like Naspers to receive dividends from the mainland company while having no legal claim on its assets.

As investors nervously watch the rolling regulatory crackdown on the tech industry in China, spare a thought for shareholders in Naspers, some of whom have been pressing the leadership team to offload the stake and crush a long-standing valuation gap.

The changes required for people to get a lump sum from their retirement funds are still at least a year away, so a quick payout is not on the cards
Opinion
1 year ago

The president has run out of time, and will anger citizens if he keeps incompetent ministers in place
Opinion
1 year ago