EDITORIAL: SA must proceed with care from this crisis

Decisions taken now might be difficult to reverse in the future 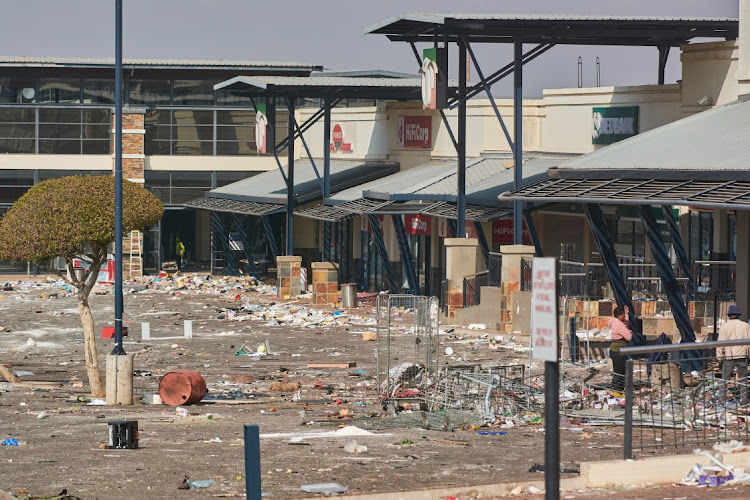 After warding off demands for a basic income grant for more than 25 years, the ANC and the government are now moving towards this intervention at breakneck speed.

This comes as SA reels from its most serious political crisis in decades; a crisis it has not yet fully analysed and understood. For this reason alone it is important to proceed with care, as decisions taken now will be difficult to reverse in the future.

There can be no doubt that last week’s looting and violence was fuelled, in part, by hunger and deprivation. While it started as a political event, it did not take much to light the tinderbox of SA’s townships and informal settlements, whose residents were emboldened by several days of police inaction to loot on an unprecedented scale.

SA is the most unequal country in the world. This is reflected in a Gini coefficient of 0.63. Though the proportion of people living in absolute poverty initially declined after 1994 — thanks in large part to social grants — this trend reversed after 2011 with poverty levels rising again. This was a consequence of the 2008 financial crisis after which economic growth never sufficiently recovered.

So there can be no argument that SA’s poor need assistance. The state, and society, is compelled on constitutional and humanitarian grounds to assist those who are unable to support themselves. This it already does with more than 18-million social grants reaching more than 11-million beneficiaries as well as free low-cost housing, free basic services to the indigent and free education and health care.

But how well does it do this?

The answer is poorly. The state is failing in its role to look after all SA’s people and specifically to provide the poor with pathways out of poverty, like other successful developing nations have done. In fact, of all the socioeconomic support mechanisms the state has at its disposal, social grants are its greatest success story.

Not only do they reach 11.4-million people out of a population of 60-million but they are also, as research has shown time and again, well-targeted to reach the most vulnerable. The state’s big failings are not in social development, but in human and economic development. That after more than 25 years poor black children are condemned to a life of poverty and failure due to abysmal standards of teaching and learning in SA’s “free” schools has to rank more as a crime than a failing.

Countless studies have shown what needs to be done. The quality of teaching, especially at primary schools, is to blame, with unions having successfully resisted all measures to weed out weak teachers with low subject knowledge and cognitive ability at the expense of successive generations.

While public education is probably the biggest state failing, there are many others: policing and safety; housing; basic municipal services; sanitation and water.

After the violence of last week, the government is now considering reinstating the R350 grant it provided for nine months during the first and second waves of the pandemic. We know that while the economy is starting to recover, employment has not, and at least a million fewer people now have incomes than before the pandemic.

An extension of this grant at this time is important. While R350 is not sufficient to bring a person above the food poverty line, we know it has been effective in blunting hunger. However, the government is also considering a permanent income grant.

There are big questions and big risks around this. The most obvious question is how to fund it. While revenues from mining look good now, that could change in the future. The biggest risk is that the state continues to fail; that it does not put in place the elements required for the economy to grow and, as a result, ever greater shares of state revenues are used up on welfare as the population grows, and less is spent on the economic resources and institutions that could decrease inequality and promote economic growth.

If that happens then neither the poor, the rich nor the political class will win. The seeds for the destruction of all of us will be finally and ultimately sown.

What local government really needs is a tough new breed of political and administrative managers capable of making unpopular decisions, such as ...
Opinion
10 months ago

From extreme flooding in China and Europe to wildfires in North America, the climate change writing is on the wall
Opinion
10 months ago

Even amid the mayhem and violence, CEO Sim Tshabalala says it is important to think long term
Opinion
10 months ago
Next Article

As calls for a basic grant grow, the urgency for lower inflation target rises

As calls for a basic grant grow, the urgency for lower inflation target rises