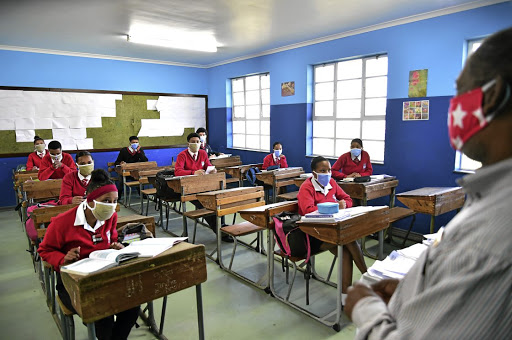 When the Covid-19 pandemic first hit SA shores and we joined much of the world in self-imposed lockdown, the policy focus was on mitigating the economic damage it was clear would result. In the end, we emerged with a 7% GDP decline over 2020. The economy is now anticipated to bounce back quite well in 2021 with projected growth of about 4.2%, though the longer term remains uncertain. To our good fortune, the recovery has been buoyed by a commodities mini-boom, which could make growth look still better and will be good for government revenues.

Some economic losses are permanent though: many small businesses closed (one survey published in collaboration with the department of small business development put this proportion at 47.9%) and as we saw in the employment numbers released this week the 1-million jobs shed in 2020 have not been recovered. The unemployment rate, which includes only those actively seeking work, rose slightly to 32.6%.

It will also be many years before SA returns to the GDP per capita levels it once enjoyed as this metric has been in decline since 2014.

Government support measures during the pandemic focused on shoring up these things: efforts were made (though not wildly successful) to shore up businesses with government-guaranteed bank credit and individuals who lost employment both permanently and temporarily received financial support. The extension of welfare to those without any income and the increase of grants to other categories was a success story with 18-million people receiving additional grants. So was the unemployment relief paid via the Unemployment Insurance Fund (UIF), which by February had paid out R57bn.

But as time goes on we are beginning to see that the non-economic or social costs of the pandemic have been considered far less, but their effects will be just as lasting. Two have immediately made themselves apparent: the damage done to health care, both routine and for cancer; and to children who should be at school.

On the health front, a study in the SA Medical Journal found that in 2020 patient visits to clinics fell 18%, HIV testing plunged 22.3% and tuberculosis testing dropped 26%. Maternal mortality of women giving birth in hospital rose significantly, from 90.5 per 100,000 live births before the pandemic to 106.8 during the pandemic. This number had been in steady decline since 2010.

A Western Cape study released this week found that cancer diagnosis at one of the two provincial anatomical pathology labs fell 36% in the first three months of the lockdown. Elective surgeries were cancelled countrywide.

On the education front, the damage of not being in school is becoming apparent. Two longitudinal studies to assess learning outcomes annually have shown that children in the early grades in 2020 knew 50% to 79% less than their peers in previous years. These gains are difficult to make up and in young children can be permanent. For older children, falling behind leads to a higher dropout rate.

Children in public schools are still attending school one or two days a week rotationally to facilitate social distancing. This is despite advice from the ministerial advisory committee last December that the risk of children getting Covid-19 was not high and that schools should resume full attendance.

When the pandemic first struck, the decision to take the radical step of closing schools and delaying elective surgeries and routine procedures was the right one. It was impossible at the time to assess the risk, and in retrospect it was overdone.

We now know much more about Covid-19 and are better equipped both to treat and prevent it. The focus now must be one of making up for lost time, especially for children at school. Having put much effort into propping up the economy, government and society’s focus must now shift to ameliorating the social damage wrought by the pandemic.

America has rightly stated that the government has failed to engineer a ceasefire, and the African Union must do the same
Opinion
1 year ago

Should Ramaphosa  show his commitment to clean government by taking action against Zweli Mkhize now —  in the middle of a pandemic?
Opinion
1 year ago