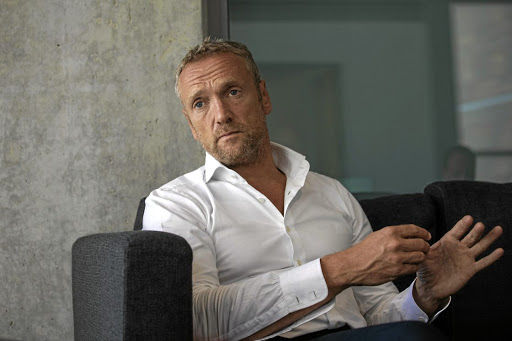 It was seven weeks ago that Naspers CEO Bob van Dijk reaffirmed his determination to solve one of the corporate world’s most pleasant problems.

Naspers’s gamble on a little-known Chinese internet firm two decades ago will probably rank among the luckiest, or most astute, investment decisions made by a SA company.

When Koos Bekker decided to pour $32m (R466m) into Tencent, it is doubtful he would have imagined that stake being worth about R3.5-trillion today, dwarfing the value of the SA parent at R1.5-trillion.

While that deal transformed an Afrikaans newspaper publisher that was formed more than a century ago into the continent’s most valuable company, it has left the company with a problem that has occupied investors over the past couple of years.

That has been what to do to close the gap between its value and that of its underlying assets, something Van Dijk described in February as “a problem of prosperity”. The growth of Naspers’s value due to the holding in Tencent has seen it dominate the JSE, presenting local investors with a single-stock risk that has prompted them to sell the share.

On a more personal level, Van Dijk has probably been irked by criticism of his eye-watering pay, on the grounds that growth in Naspers’ profit and share price was all about Tencent, which has grown to dominate the Chinese internet scene through its messaging and gaming apps.

That something has been on the go at Naspers will not have come as a shock, though the announcement on Naspers selling such a huge stake in Tencent, a transaction that could lead to an almost $16bn windfall, may not have been on investors’ radar. By September, Prosus, the internet arm that Naspers listed in Amsterdam in 2019, had more than $4.5bn in cash reserves, and this deal will leave it with quite a war chest.

The question is what will Van Dijk do with the proceeds? What should be clear is that reducing its holding in a world-leading company that generated an $18bn profit in 2020, is not being done with the idea of parking the cash in the bank or buying negative-yielding European government bonds. Investors will be keen to see evidence that Van Dijk has a plan to put that money to work.

It goes without saying that there will be feverish speculation about potential acquisitions in an e-commerce space that has seen valuations jump since the Covid-19 outbreak, something that contributed to Naspers failing with a number of high-profile bids. The company may be cash rich but it has also shown itself unwilling to chase deals at any price.

In 2020, it lost out in a protracted battle to buy Just Eat, a UK food-delivery company, with Takeawy.com succeeding with an $8bn bid. Its attempt to take over eBay’s classified venture similarly failed, beaten to it by Adevinta, the Norwegian company that operates online classifieds websites.

That’s not to say that Naspers hasn’t been active, though the deals that it has announced recently have been small, including leading a $17m funding round for agri-tech start-up Aerobotics, showing long-term confidence in the growth of the smart agriculture market that is estimated to be worth about $22bn within the next four years. Prosus also took part in a  $30m investment in India’s DeHaat.

None of these have yet been the type of game changer that can do the trick as far as closing Naspers’s valuation gap to Tencent. Its decision to embark on a $5bn share buyback programme in November 2020 only worked to an extent. That might have also been helped by the drop in Chinese technology stocks amid greater scrutiny from the country’s regulators.

The question on investors’ minds will be whether the company has deals already on the go. If potential targets were asking for too much when it had $4.5bn in the bank, it’s hard to imagine they are going to cut it some slack now that they know it has four times as much.

A mega deal may not yet be guaranteed and that might leave some disappointed.

After being stuck in a narrow range since November 2020, its share price has risen as much as 13%
Opinion
2 months ago

Naspers and Prosus slump on news of selldown of Tencent stake

Naspers has a plan to close value gap

Naspers and Prosus slump on news of selldown of Tencent stake

Naspers has a plan to close value gap