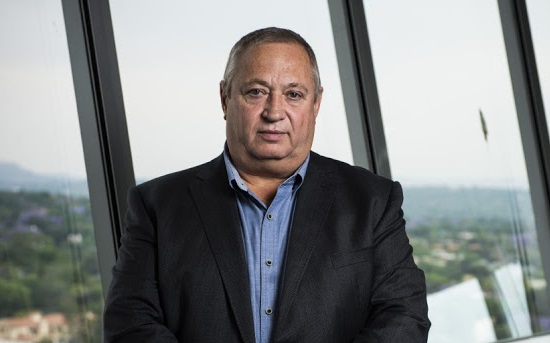 Give Sibanye-Stillwater CEO Neal Froneman and his team credit for their bold vision, certainly when it comes to audacious deals.

Froneman’s suggestion to Business Day that SA’s interests would be served by having a JSE-listed gold champion arising from the consolidation of AngloGold Ashanti, Gold Fields and Sibanye is certainly at the top of the list when it comes to daring.

But he isn’t alone in big plans.

Think back to Harmony Gold’s attempt in late 2004 to take over Gold Fields when Holland was its CFO. It was a nasty, hostile event that occupied the local gold mining industry for seven months, passing through courts and, successfully, through the Competition Tribunal.

If Froneman wants to pull off anything similar he’ll want it friendly.

Another point to bear in mind is that Froneman is nearing retirement so it’s unlikely he would be the one to head any merged entity. Froneman steered making Sibanye the biggest primary source of platinum group metals (PGMs) in four deals in four years, timing a surge in prices of these metals to perfection.

For Sibanye, a merger with AngloGold and Gold Fields would be brilliant. It would give it the geographical diversity it so desperately needs away from SA to start playing with the big boys and let it compete for the world number one gold producer spot as it holds on to its top spot as the major, primary PGMs supplier.

But would the boards of AngloGold and Gold Fields recommend such a deal to shareholders after both companies spent decades building their large, offshore asset bases and effectively cutting all production ties with SA, apart from the South Deep mine Gold Fields has in the country?

Shareholders of both companies are unlikely to want Sibanye’s three, deep-level gold mining complexes and its new underground Burnstone mine in the mix because they have, on average, costs nearly $350/oz higher than AngloGold, which produces metal for $1,059/oz.

Both companies are pumping cash and embarking on growth projects. There is no doubt both are world-class companies. So what would be the benefit of the world number three gold miner, AngloGold, or number six, Gold Fields, tying up with equally regarded Sibanye?

Apart from size, would there be any advantage to being joined at the hip with a company that has all its gold assets in SA, a jurisdiction that is regarded with great wariness by international investors, and has more expensive mines?

This would be an argument Froneman would have to make if his plans gains any traction.

Based on his comments, Froneman wants a world-champion SA gold miner that can compete with the two giants in the US and Canada, Newmont Goldcorp and Barrick Gold, respectively.

By standing alone, AngloGold or Gold Fields could be takeover targets and the JSE would lose a major gold miner. Well, yes, maybe. AngloGold is already talking of a primary listing offshore and that’s a question of time. All it has in SA is its head office.

Would there be competition issues for Sibanye if it made the play for AngloGold and Gold Fields? It’s unlikely. Gold miners are price-takers and cannot influence the selling price of their metal.

The other strand of thought is that AngloGold and Gold Fields can merge. Both have large international portfolios. AngloGold needs a permanent CEO and Gold Fields has just appointed the highly regarded Anglo American veteran Chris Griffith as CEO.

Griffith has decades of experience with underground and opencast mines and building new projects, which is what both companies are now doing.

There would be little SA baggage coming into such a merged entity apart from the South Deep mine, which would fade into virtual insignificance in a company with more than 5-million ounces of annual production and which is comfortably in second place in the global rankings.

Froneman and his team are bold strategists who have timed their purchases in Sibanye to perfection. Is this track record and positive sentiment from shareholders towards the company enough to bring those in AngloGold and/or Gold Fields into the fold? Only time will tell.

Under Lindiwe Sisulu, the Housing Development Agency has been a revolving door of bad decisions
Opinion
6 months ago
Next Article