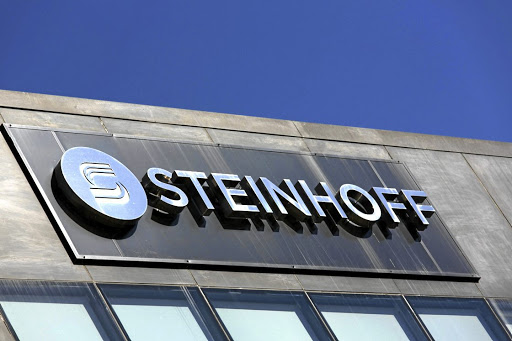 The German case shines a spotlight on SA’s failure to bring any Steinhoff managers to book. Picture: BLOOMBERG/DWAYNE SENIOR

More than three years after Steinhoff shocked investors who had stood behind its transformation from a small furniture retailer into a global retailer straddling four continents, prosecutors in Germany have built a strong case to finally file charges against former managers.

The wheels of justice move painfully slow, but move they do.

Though the prosecutor’s office in the northern German city of Oldenburg, near where Steinhoff’s European business is based, has not named the executives, it would not be a stretch to think Markus Jooste, who abruptly resigned as CEO after the company found a more than R100bn hole in its accounts in 2017, and has consistently said his hands are clean, is one of them.

The prosecutor’s office, which started its investigation in 2017 with the seizure of extensive data and documents at the company’s regional office, accused the three former managers of manipulating the balance sheet by including fictitious transactions worth more than €1.5bn. The trio are also accused of over-valuing real estate by €820m.

The charge sheet more or less confirms the modus operandi behind the biggest accounting fraud in the history of SA as outlined in 2019 in the heavily truncated investigation report by PwC, which was hired by the company to get to the bottom of what was then called accounting irregularities after long-standing auditor Deloitte refused to sign off on the 2017 results.

PwC found that eight people, led by an unnamed senior executive, had been involved in a complex scheme where potential intercompany transactions worth more than R100bn were fraudulently recorded as external income to prop up profits and hide costs in money-losing subsidiaries.

Sure, the indictment does not necessarily mean those implicated will be convicted any time soon, or even be in front of a German judge to face the charges because there’s a strong likelihood Jooste, whom Bloomberg, citing sources, named as among those facing charges, will fight any extradition attempts.

But it is a big step towards reassuring the broader public, which has legitimate reason to complain that the rich and powerful too often escape justice for their misdeeds.

For Shamila Batohi, whom President Cyril Ramaphosa named in December 2018 to lead the National Prosecuting Authority (NPA), the German indictment immediately turns an unforgiving spotlight on her office, which is yet to charge anyone relating to the fraud that wiped out more than R200bn of shareholders’ value and left Steinhoff teetering on the edge of collapse.

To be fair, Batohi is spending much of her time rebuilding the capacity of the agency, which did not escape the corruption cancer that corroded every layer of the government during the state capture years. Not only did she have to root out those bent on undermining her effort to fight corruption and deliver justice, she also inherited an ill-equipped agency unsuited to successfully prosecuting high-level financial crimes.

But it is hard to accept that the Hawks, which bring cases to the NPA for prosecutions, has no money to investigate anyone implicated in bringing this once high-flying retailer down, as reported last week by our sister weekly publication, the Financial Mail.

Steinhoff has since agreed to pay forensic auditors at PwC to help the law-enforcement agencies investigate itself. The conclusions that can be drawn from this arrangement are disturbing. By accepting the R30m from Steinhoff, the Hawks are not trying to avoid even the appearance of conflict of interest despite the company having chosen to hide the full PwC report behind the cloak of the so-called legal professional privilege, the undertone of which is that Steinhoff does not want potentially embarrassing details about itself to be exposed.

More broadly, the arrangement cements the perception that the government has an eerie tolerance for private sector corruption, and could also give foreign investors the impression that without a functioning crime deterrent, corporate scams can spread unchecked.

At the risk of stating the obvious, it behoves our law enforcement agencies to prioritise the investigation into Steinhoff, the near collapse of which not only embarrassed the country but further tarnished its image as one of the friendly investment destinations in emerging markets.