And he needs solid support from President Cyril Ramaphosa 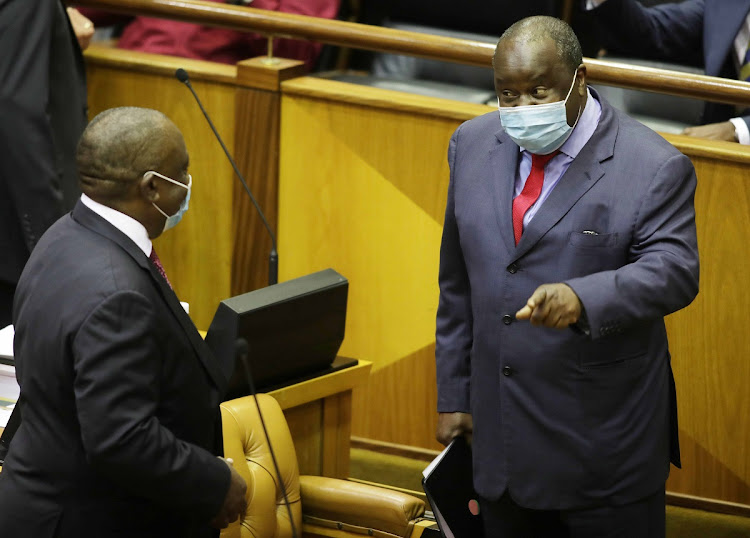 Among standout features of the budget unveiled on Wednesday, Covid-19 vaccines and structural reforms are top of the list. That is, together with the Treasury’s stance on spending cuts, specifically the public sector wage bill.

One can debate where these fall in the order of importance, but there could be no doubt about the sense of realism on the state of the economy and the quick and drastic action required.

The vaccines rollout is clearly a source of hope amid the gloom of the past year as it brings with it the prospect of a revival in economic activity, and the effect on confidence can be seen in those countries already at an advanced stage of their programmes.

SA catching up will be crucial to meeting the Treasury’s forecast of 3.3% GDP growth for 2021. After the crushing year SA has had, such an outcome, followed by an average 1.9% in 2022 and 2023, will be hardly something to shout about. Even before the past year’s crisis, which has pushed the official unemployment rate to a record 32.5%, these were pedestrian levels of growth, nowhere enough to deal with the country’s jobs and poverty crisis.

SA now has many more lost years to make up for. The Treasury estimates that the economy will return to prepandemic levels only in 2023. Relative to estimates for recoveries in both developed and emerging markets, it is clear that SA has serious structural impediments and cannot simply blame the virus and the national lockdown for its plight.

The clear message from the budget, delivered as much for the benefit of the public as the rest of the government, is that SA cannot borrow and spend itself out of the hole it is in. That has been tried before and real growth in expenditure consistently outpaced GDP — 4.5% versus 1.5% — since 2008. So finance minister Tito Mboweni stood his ground and committed to R264.9bn in noninterest expenditure cuts over the next three years.

He aims to achieve this despite an increase in spending relative to the Medium-Term Budget Policy Statement in October, mainly to fund vaccines and other Covid-19 related projects such as the R11bn public employment initiative.

Mboweni also provided himself with more cover from the complaints to come from ANC allies that he has presented an austerity budget out of tune with what’s required, given the country’s crisis.

Here the revenue bonanza coming in from the surge in commodity prices has helped. It enabled him to forsake R40bn of planned tax increases over the next three years, while providing relief through above-inflation increases in tax brackets and rebates, costing the fiscus a little more than R2.2bn. He has done this even as he forecasts the highest deficit in SA’s history.

While the debt-to-GDP ratio is now forecast to settle at a slightly lower 89% by 2025/2026 this is still high by the emerging-markets average of about  60% that organisations such as the IMF see as sustainable. While the budget might not lack for ambition, such as the desire to cut the deficit to 6.3% by 2023/2024 from 14%, it will suffer from the credibility shortfall that has befallen its predecessors unless Mboweni gets genuine backing from President Cyril Ramaphosa.

Ultimately, the rest of the government is responsible for seeing the measures through. The Treasury established its credibility by sticking to its guns on the conflict with unions over the implementation of the last year of a wage agreement signed in 2018. It has been buoyed by the courts having established that it is the final arbiter of what is affordable and equitable, indicating that it won’t give in should the rest of the government seek to deviate from that to appease unions in the next round of negotiations.

That doesn’t mean there won’t be a big political fight.  The same is true for the various structural reforms it highlighted as necessary to lift the country’s growth potential, the one sustainable way to get the fiscal situation under control.

The true test of this budget’s credibility is yet to come. Ratings agencies and investors may choose to wait and see.

Achieving lower debt and deficit targets will depend on the economy achieving higher rates of growth in 2022 than previously forecast, Tito Mboweni ...
Economy
5 months ago