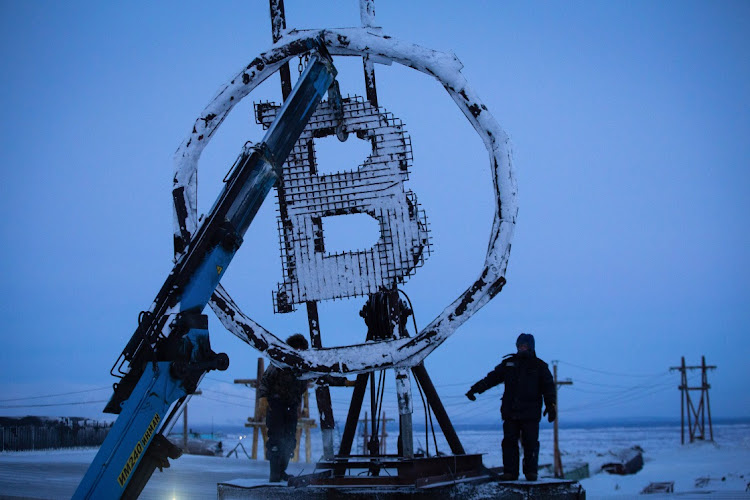 In 2017 financial professionals including famed economist Nouriel Roubini credited as being among the first to predict the global financial crisis of a decade ago, labelled bitcoin a fraud and predicted it would blow up after the value of one the world’s first and most popular cryptocurrencies surged more than 15-fold.

Months into 2018 more than three quarters of its value was wiped out, proving a timely prediction of many others such as  Warren Buffett, who called it “rat poison squared”, a “mirage” and a “gambling device”.

But now the cryptocurrency is back in demand, notching up record highs and prompting established banks such as JPMorgan, whose CEO Jamie Dimon was among the vocal critics of bitcoin, to say it has potential to rival gold as a safe-haven asset.

“Bitcoin’s competition with gold has already started in our mind,” JPMorgan said in a note in January. “Considering how big the financial investment into gold is, a crowding out of gold as an ‘alternative’ currency implies big upside for bitcoin over the long term.”

Research by Crypto Parrot — a trading platform that allows dummy trading of cryptocurrencies without risking any money — found that critics have substantially reined in their predictions of the digital currency’s demise.

It is easy to see the reason behind those who no longer see bitcoin as a failed project: the digital currency surging for months, rising alongside equities and commodity prices as investors big and small piled into riskier assets such as money printed by central banks to protect against pandemic-induced economic collapse find its way into bitcoin.

Crypto fans, which now include large firms such as Fidelity Investments and Nomura Holdings, say such moves suggest bitcoin is well on its way to achieving its potential as a safe-haven asset that is immune to the impact of geopolitical tensions or government interference because of its decentralised nature.

Bitcoin was created shortly after the collapse of Lehman Brothers at the height of the 2008/2009 financial crisis to offer an alternative to fiat currencies after central banks printed trillions of dollars into the system and undermined the stability of currencies linked to the state.

Unlike government-issued money, bitcoin is produced by miners across the world racing to solve maths and computer puzzles and get their hands on coins whose supply is capped at 21-million. That short supply makes it as valuable as gold,  aficionados will tell you.

Unfortunately, the cryptocurrency’s stunning performance in  recent months, including notching up nearly 40% gain in the first week of January and surprising even some of its biggest bulls, is more reflection of its potential for outsize quick gains and the “fear of missing out” feeling for those who are late to the party than its safe-haven credentials.

Instead of offering investors stability when other financial instruments are gyrating wildly due to geopolitical tensions, fears about the health of global economy and even worries about inflation in the age of limitless printing of money by central banks, bitcoin can promise you one thing: volatility.

Furthermore, according to researcher Flipside Crypto, the ownership of its tight supply is highly concentrated. The largest 2% of anonymous accounts tracked on its ledger control about 95% of supply. In the world of central banks printing money, interest rates are falling in emerging markets and at zero in developed markets, there is too much money, the system chasing too few goods.

While big institutional investors are paying attention and more investors are slowly taking to bitcoin and other cryptocurrencies than in the previous bull run, bitcoin is far from being a legitimate alternative. For that to happen, it would have to be less volatile and its ownership much more broader.

EDITORIAL: Something amiss in Maluleke’s exit from African Bank

Her departure couldn't have come at a worse time, and will affect the capacity of the bank
Opinion
7 months ago
Next Article